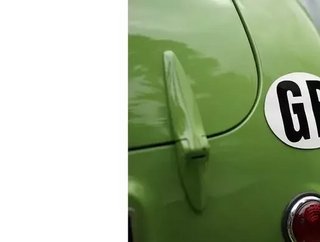 Brexit negotiations have been in the news a lot recently, and regardless of whether you voted to leave or remain, you’ll be acutely aware of the potential economic consequences of both remaining in a trade union or actively walking away from it. There’s pro’s and cons to both sides of that, but the Society of Motor Manufacturers and Traders have suggested that exiting the EU on 31st December without a trade deal and returning to World Trade Organisation (WTO) terms would be “the worst possible outcome and [it will] undermine Britain’s green recovery.”

Given that WTO rules will result in a 10 percent tariff on the finished vehicle trade, the industry lobby group has announced that no deal would prompt a £2800 “average price uplift” on EU-built electric vehicles (EVs). That’s not too bad, really, although it will effectively cancel out the UK’s existing plug-in car grant of up to £3000.

SMMT officials claim that the higher cost could reduce the battery-powered electric vehicles (BEV) demand in 2021 by at least 20 percent, which would hamper the UK’s efforts to reach the increasingly ambitious carbon emissions reduction targets, recently set by the government.

“Tariffs would also add £2,000 to the cost of British built battery electric cars sold in Europe, damaging international competitiveness as the UK strives to become a global leader in electromobility.”

“New calculations illustrated the high stakes of no deal, not only for the automotive sector but for hopes of a green recovery from the coronavirus crisis,” it said.

“No deal would be the worst possible outcome for UK Automotive, for car buyers and for the country’s ambitions to become a world leader in transport decarbonisation. The immediate imposition of blanket tariffs under WTO rules would add billions to the cost of trade and, crucially, to the cost of building and buying electric vehicles.

The 10% no-deal WTO tariff would add at least £4.5bn to the annual cost of fully assembled cars traded between the UK and the EU, with an average hike of £1,900 per EU built vehicle sold in the UK,” the SMMT said.

“However, new analysis shows that for fully electric cars fitted with expensive battery technology, the cost increase is even higher, at £2,800, effectively making the £3,000 plug-in car grant for these vehicles null and void.”

“Moreover, this tariff would also add some £2,000 on to the average cost of UK built battery-electric cars exported to the EU, making our own products less competitive and the UK far less attractive as a manufacturing investment destination. This would further hamper the UK’s ambition to be a global leader in zero-emission vehicle development, production and deployment, severely damaging industrial competitiveness.”

The SMMT also made the claim that the UK and EU automotive industries are deeply integrated as two-thirds of battery-electric cars sold in the UK are made in Europe. I suppose, in many ways, you could say that they are interdependent; but that isn’t to say that we could, as a nation, broaden our horizons in terms of the automotive market ─ it doesn’t have to be EU-orientated.

“New tariffs would hold back the evolution of the electric car from a niche technology to one with mass affordability.”

Mike Hawes, SMMT chief executive, said: “Just as the automotive industry is accelerating the introduction of the latest electrified vehicles, it faces the double whammy of a coronavirus second wave and the possibility of leaving the EU without a deal. As these figures show, ‘no deal’ tariffs will put the brakes on the UK’s green recovery, hampering progress towards net zero and threatening the future of the UK industry.

To secure a truly sustainable future, we need our government to underpin industry’s investment in electric vehicle technology by pursuing an ambitious trade deal that is free from tariffs, recognises the importance of batteries in future vehicle production and ensures consumers have [a] choice in accessing the latest zero-emission models.

We urge all parties to re-engage in talks and reach [an] agreement without delay.”