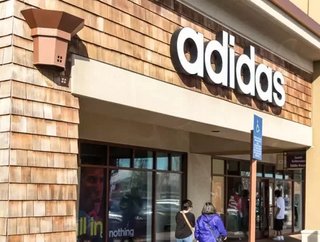 The sportswear manufacturer, Adidas, has sold more than 1mn pairs of trainers that are produced using plastic found in oceans. The footwear is made fro...

The sportswear manufacturer, Adidas, has sold more than 1mn pairs of trainers that are produced using plastic found in oceans.

The footwear is made from 95% ocean plastic and 5% recycled polyester – with each pair using on average 11 plastic bottles.

The company set a target to sell 1mn pairs in November 2016, which it has surpassed, having used at least 11mn bottles from the oceans.

In order to create the trainers, Adidas partnered with Parley, which is based in the Maldives and India’s coast, and were responsible for sourcing the marine waste.

The design prototype was originally introduced at a United Nations General Assembly in 2015, and in 2016 the company 50 pairs of the prototype.

Through the partnership with Parley, the company is now able to offer 7,000 trainers, and has updated the style with an additive manufactured midsole.

Adidas has also used ocean waste in the manufacturing of football kits, for teams such as Real Madrid and Bayern Munich.