Audi plans to reduce spending by $2.5b 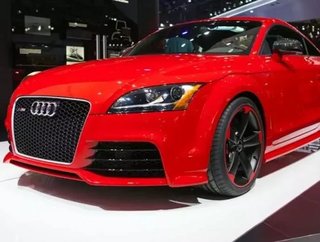 Giant automaker Audi plans to reign in spending by 2 billion euro a year to offset surging spending on new technology, according to reports.It is though...

Giant automaker Audi plans to reign in spending by 2 billion euro a year to offset surging spending on new technology, according to reports.

It is thought the world’s second-largest maker of luxury cars will seek to limit expenditure growth in areas such as development, purchasing and manufacturing to safeguard profit margins.

Audi CEO Rupert Stadler outlined a ‘fitness program’ in July, stating the company must brace for the increasing cost of developing electric vehicles, self-driving and communications features and new plants.

Audi is introducing 17 new models to market in 2014 and have plans to develop an electric version of its luxury R8 sports car.

Audi has a 22 billion euro investment budget for the next five years, with 70 percent of the spending going toward new products and technology. Most of the rest is allocated to expanding manufacturing capacity, including new plants in Brazil and Mexico.

The reason behind Audi’s proposed cut back may lie in its need to compete with BMW. BMW retained the top spot in global luxury car sales for the ninth year in a row in 2013, followed by Audi and Mercedes-Benz in third place. It’s thought Audi is determined to ramp up efforts to knock BMW off the top spot by the end of the decade. The world’s three biggest premium-vehicle manufacturers posted sales records last year and expect demand to rise further in 2014, fueled by growth in China and North America.

Audi is a cornerstone of Volkswagen’s strategy (VW is the parent company to Audi) to take the global auto industry’s top sales spot from Japanese carmaker Toyota by 2018. Audi plans to sell more than 1.7 million cars this year for the first time, helped by models including the compact A3 sedan and a revamped version of the TT sports car. Targets this year also include a revenue increase and maintaining operating profit within a long-term corridor of 8 percent to 10 percent of sales. The six-month margin was at the top end of the range at 10 percent.