China’s manufacturing: behind the official figures 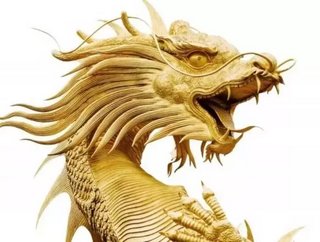 Factory activity in China continued to contract in September, according to the government&#39;s official manufacturing survey. Despite a marginal rise...

Factory activity in China continued to contract in September, according to the government's official manufacturing survey.

Despite a marginal rise in the manufacturing purchasing managers' index (PMI) in September, from 49.7 in August to 49.8, the sector contracted for the second consecutive month. The second largest economy in the world is growing at its slowest rate in 25 years, and it is doubtful whether the government’s growth target of seven percent for the current year will be achieved.

The official PMI data, however, looks at activity among larger manufacturers, while a private survey from Caixin and Markit looks at smaller to medium-sized companies in the sector. The final Caixin/Markit manufacturing PMI report for September fell to a new low of 47.2.

Commenting on the recent Chinese PMI figures Kamel Mellahi, Professor of Strategic Management at Warwick Business School comments: "While the overall picture remains mixed, there are a lot of green shoots in China and several indicators are pointing to much stronger economic growth in the coming months. I expect to see additional policy easing before the end of this year to shore up economic growth, but the jury remains out on whether this year’s seven per cent growth target is going to be hit.

"To get a better picture of what’s going on with manufacturing in China one must juxtapose the reported fall of the Caixin/Markit index against the official manufacturing purchasing managers' index figures which paints a more positive picture.

"One expects the official manufacturing purchasing managers' figures to paint a better picture than those released by Caixin. The official manufacturing purchasing managers' index tracks large state owned enterprises which are benefiting from a significant Government stimulus and investment in infrastructure, while Caixin tracks small and medium sized enterprises' activities, which are struggling. The situation for small and medium sized enterprises is not set to change any time soon as demand is unlikely to pick up to a level that will absorb the current vast oversupply in manufacturing."