Expert comment: The future of waste in a digital world 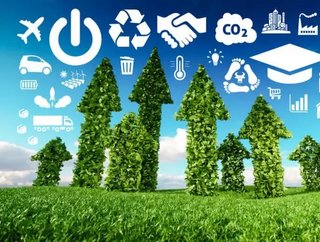 Waste. It’s a word we are all familiar with in the manufacturing industry and a challenge that we grapple with continuously. It comes in many differen...

Waste. It’s a word we are all familiar with in the manufacturing industry and a challenge that we grapple with continuously. It comes in many different forms, not only from the raw materials, components, or defective products that never make it in to the hands of paying customers, but in the resources used throughout each stage of the manufacturing process - such as labour, energy, storage, transportation and assets including plant and machinery - which are consumed but do not contribute towards overall revenue. Put simply, waste is the cost of inputs that are not monetised, and therefore outputs in efficiency, productivity, agility and quality are all proxies for waste.

While waste has become a more formalised concept under the philosophy of Lean Manufacturing, it is a challenge that has pervaded the industry ever since the birth of modern manufacturing. When Matthew Boulton and his business partner John Fothergill opened the Soho Manufactory in Birmingham, England in 1766, they ushered in the concept of ‘mass production’ to revolutionise the inefficient cottage industries of the day. In 1782, they replaced their water-driven metal rolling mill with a revolutionary new source of power - the Watt steam engine - and so, the ‘war on waste’ began.

From then onwards, we have continuously invented new techniques, methods, process and technologies to reduce waste. When major innovations like the Watt steam engine emerged, our predecessors realised seismic benefits in efficiency and productivity, which was followed by a period of continuous improvements and fine tuning. This maximised the benefits from those innovations even further and continued until the next major innovations emerged such as electricity, where electric motors replaced steam and enabled power to be highly distributed, more cost effective and reliable. Then the assembly line ushered in the new paradigm for the division and utilisation of labour and the transistor gave rise to industrial computer control and automation.

Each of these major milestones saw the initial impact followed by a period of continuous refinement and improvement, whereby successive improvements deliver ever diminishing returns until the next seismic shift occurs. When looking for areas to improve the manufacturing process, most organisations will tend to pick the ‘lowest hanging fruit’ first, before seeking out harder and more subtle improvements as they continuously strive to find new ways to eliminate waste. However, they will soon reach a point where the cost to eliminate a source of waste becomes equal or greater than the benefit realised – alas, the law of diminishing returns.

At this stage, it simply becomes uneconomical to make these improvements and, as a result, efficiency and productivity gains start to plateau. I believe that this is where most manufacturers are today, and it helps partially explain the so-called productivity paradox. Despite investment in new equipment, process and techniques, productivity growth remains flat because the low hanging fruit has been harvested and businesses become stuck within a cycle of diminishing returns per unit of investment. The productivity paradox can only be broken when the next seismic shift emerges to deliver significant improvements in performance.

As history has shown, these shifts do not occur overnight. They are initially met with scepticism and often derision, before going through a period of hype, followed by disillusionment as the perceived benefits fail to materialise. This transition can often take several years, possibly decades, before gradually, the tangible benefits begin to emerge through what IT analyst firm, Gartner, terms the ‘slope of enlightenment’ - the fourth phase of the Hype Cycle. Digitalisation, Smart Factories, the Factory of the Future, Industry 4,0 and the Industrial Internet of Things (IoT), are all variations of the same theme, and represent the roots of this next major cycle. Although much has, and continues to be, reported on these themes, they are all based on the exploitation of a single fundamental ingredient – information, the next critical weapon in the war on waste.

Diminishing efficiency and productivity returns from existing shop floor technologies such as automation and offline performance improvement methodologies like six-sigma have reached a proverbial glass-ceiling. Take, for example, the measure of Overall Equipment Effectiveness (OEE) commonly used to evaluate how effectively a manufacturing operation is utilised. An OEE of 100% indicates a perfect production environment, with only good products being produced as quickly as possible and zero downtime. Achieving this level of OEE is arguably impossible, however, general research across a wide range of studies suggest that world-class manufacturers strive for an OEE of around 80-85% with 50-60% being more typical, and 30-40% not uncommon. Not only does this illustrate there is still significant room for improvement in terms of efficiency and productivity, it also reveals that our efforts to improve performance very rarely ‘budge the needle’. Instead, manufacturers rely on the culmination of large number of smaller, and sometimes costly, improvements to make any real impact.

To break through this glass-ceiling, we need to leverage information and data assets by developing a greater level of operational acuity than we have today. In physical systems, we will always have a level of natural variability and unpredictability, but we should not continue to use that as an excuse for sub-optimal manufacturing processes. Instead, we need to use this information to understand when and where these occur (in real-time or near-real time) and to have the mechanisms in place to respond to and mitigate that variability and unpredictability ‘as-it-happens’, or better still ‘before-it-happens’.

This is not easy, and requires continuous understanding and monitoring of many variables, not just across a single measurement, process or product characteristic, but across the entire causal landscape. In a manufacturing environment, processes are rarely entirely isolated, as the performance of one process will likely be caused by a myriad of other influences - both direct and ambient. This is often referred to as the ‘Curse of Dimensionality’ – the more dimensions we have, the more data we need and the more difficult it becomes to derive actionable insight. Unfortunately, the human brain is not designed to handle this level of complexity, as we struggle to understand inferences across a very low number of dimensions and at a very sedentary pace.

Fortunately, several emerging technologies are converging and maturing to form the foundations for the next shift in manufacturing efficiency and productivity. The cost and miniaturisation of advanced sensors is enabling organisations of all sizes to capture inconceivable amounts of data continuously from their demand and supply chains or even embedded within the products themselves. Depending on their level of sophistication, this can enable autonomous compute operations using advanced algorithms embedded directly within the sensors (known as Edge Computing) to work directly with other sensors and devices in a closed-loop (Machine-to-Machine). Due to the rise of ubiquitous communications networks (a trend which will be transformed again when the new 5G standard becomes mainstream) these sensors are able to communicate collected data at high speed from any location in the world.

These data streams require vast amounts of data storage and compute resources able to filter, sort and analyse the information at a speed so that real-time insights can be generated, and this is being enabled by big data and cloud computing which is rapidly decoupling the business value of data and information from costly on premises infrastructure. Finally, the analysis and insights derived from this data needs to be made available in the right place at the right time effective actions to be made, always available on virtually any device, in a highly visual and intuitive form that workers can easily interpret and act upon. This is being made possible by the evolution of cloud-based Software-as-a-Service (SaaS) and Rich Web Application (RWA) interfaces that are becoming mainstream today

Digitalisation of the factory, shop floor and supply chain will enable manufacturers to quickly identify and eliminate waste in ways not previously possible or economically feasible and this will usher in a new era of efficiency and productivity. Once that the low hanging fruit has been picked, we will continue to evolve the technologies and techniques to find new and innovative ways to reduce waste further still, until the laws of diminishing returns begins to bite, and we look for the next big shift to emerge. However, as the Artificial Intelligence (AI) guru Andrew Ng reminds us, worrying about that now is like worrying about overpopulation on Mars.