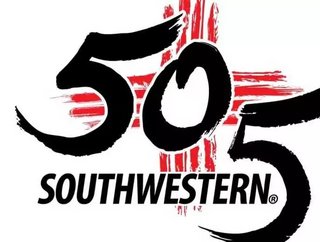 Flagship Food Group has announced that it will expand its manufacturing and distribution facilities in Albuquerque, bringing jobs and prosperity to New...

Flagship Food Group has announced that it will expand its manufacturing and distribution facilities in Albuquerque, bringing jobs and prosperity to New Mexico.

The news was announced yesterday by Flagship Food Group’s CEO, Rob Holland, and New Mexico’s Governor Susana Martinez. $30 million is being poured into the project which includes a 76,000 square foot frozen food distribution warehouse, a research and development centre, offices, and an interactive museum that pays tribute to New Mexico’s food culture.

Headquartered in Colorado, Flagship has operations in Denver, Los Angeles, Boise, Indianapolis, and Minnesota as well as Albuquerque. Its popular 505 Southwestern brand is produced in New Mexico and certified as a ‘New Mexico True’ product; $100mn worth of 505 Southwestern foods are sold all over the world, shining a spotlight on unique New Mexico flavours.

"Since day one, we've been fighting hard to make New Mexico more competitive with surrounding states through reforms like cutting taxes and streamlining regulations," Governor Martinez said. "Results like these mean more jobs for New Mexicans, and give us even more momentum to build on as we keep working to grow and diversify our economy."

"We are grateful for the support and business-friendly environment that New Mexico has given us," said Holland. "Our new distribution facility in New Mexico will help us better serve our customers and represents another important step in the growth and development of our company."

The distribution warehouse project was led by Carlos Angulo, Flagship’s CEO, with support from President of Flagship’s Logistics Division, Pat O’Keefe. A state-of-the-art inventory tracking system currently used in the company’s other warehouse facility will be implemented.

"As our Southwestern food portfolio has doubled in size in only a few short years, we needed a facility that would warehouse our products and support our customers across the country with extreme efficiency and reliability,” Angulo stated. “Working with our amazing team of operators and professionals, we've taken the project from concept to a fully-operational facility in less than one year.”