Harley-Davidson to focus on international production due to EU tariffs 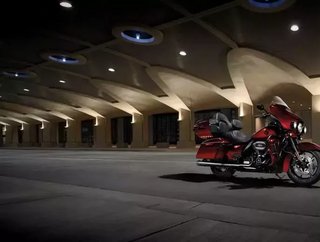 The Wisconsin-based motorcycle manufacturer, Harley-Davidson, has announced plans to relocate its production for EU exported items away from the US. Th...

The Wisconsin-based motorcycle manufacturer, Harley-Davidson, has announced plans to relocate its production for EU exported items away from the US.

The news follows the recently implemented tariff by the European Union (EU) in retaliation to the imposed tariffs by the US.

The tariff will affect good produced in the states, such as bourbon, orange juice, and motorcycles, the BBC reported.

Outside of the US, the manufacturer has production operations in Australia, Brazil, India, and Thailand.

The firm has not yet confirmed which countries it will move production for EU-targeted products to. Harley-Davidson also announced it would be raising investments in the new chosen locations.

“To address the substantial cost of this tariff burden long-term, Harley-Davidson will be implementing a plan to shift production of motorcycles for EU destinations from the US to its international facilities to avoid the tariff burden,” the BBC reported the company stating.

The President of the US, Donald Trump, took to Twitter to respond to the news:

“Surprised that Harley-Davidson, of all companies, would be the first to wave the White Flag. I fought hard for them and ultimately they will not pay tariffs selling into the E.U., which has hurt us badly on trade, down $151 Billion. Taxes just a Harley excuse - be patient! #MAGA” Trump wrote.