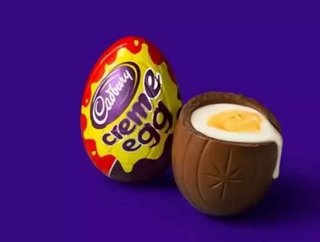 Cadburys is facing extreme backlash from consumers after admitting to changing the recipe of its much-loved Cr&egrave;me Eggs. To add insult to injury t...

Cadbury’s is facing extreme backlash from consumers after admitting to changing the recipe of its much-loved Crème Eggs. To add insult to injury the chocolate manufacturer has also reduced the number of precious eggs customers receive in a box from six to five.

Crème Eggs are only on sale for three months of the year, which has resulted in even greater discontent among fans.

Reports that the latest batch of Crème Eggs tasted different were followed up by British tabloid, The Sun and Cadbury's confirmed that it has indeed switched out Dairy Milk for a ‘standard cocoa mix chocolate’ in the shell. The scandal!

“It's no longer Dairy Milk. It's similar, but not exactly Dairy Milk,” a Kraft spokesperson said. “We tested the new one with consumers. It was found to be the best one for the Crème Egg, which is why we've used it this year.

“The Crème Egg has never been called the Cadbury's Dairy Milk Crème Egg. We have never played on the fact that Dairy Milk chocolate was used,” continued the spokesperson.

The shock was compounded by the fact that there is now one less egg in each multipack, though this has not necessarily come alongside a corresponding decrease in price.

“Crème Eggs are back. And we’re totes emosh” Cadbury Crème Egg wrote on Facebook earlier in the week, the top reply to which was “And there's only 5 in a box now there used to b 6.” Consumers are taking this seriously guys, really seriously!