Jaguar Land Rover issues its largest ever recall of 104,000 vehicles 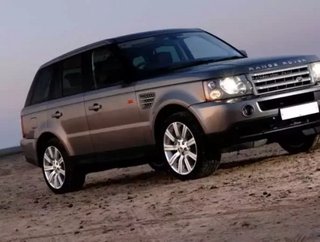 British car manufacturing behemoth Jaguar Land Rover have issued a recall for 104,000 vehicles in the US over potential problems with brakes and lights...

British car manufacturing behemoth Jaguar Land Rover have issued a recall for 104,000 vehicles in the US over potential problems with brakes and lights. The recall is said to be the largest ever for JLR, and applies to over 74,000 luxury SUVs and almost 5,000 luxury sedans. The National Highway Traffic Safety Administration issued a notice for brake hose ruptures and sidelight malfunctions on Friday, with the actual recalls to begin on March 13th.

For Land Rover vehicles, the recall is over concern that one or both of the front brake hoses are prone to rupture, which would lead to a loss of braking fluid. Up to 74,648 Range Rover models produced between 2006 and 2012 will be eligible to have their brake hoses replaced for free at Land Rover dealerships.

The NHTSA noted that Jaguar Land Rover had previously opened an investigation into the brake hoses in November 2010. This was brought on by a handful of dealership reports about hoses with bulges in them, however because the instances were sporadic, and there were no accidents connected to the issue, the investigation was closed in June 2012. The case was re-opened in November 2014 after more ruptured hoses were discovered and an accident was reported.

The remaining Land Rover recalls apply to Range Rovers and Range Rover Sports made in 2013 and 2014, and focus on improper routing of brake vacuum hoses. The issue could result in a hole and loss of braking power. Once again, dealerships will be conducting all repairs.

As for Jaguar models, 4,787 XKs from 2012 to 2015 are being recalled over side parking lights that turn off after a span of five minutes. Dealerships will offer a software update to fix the lighting issue at no charge.