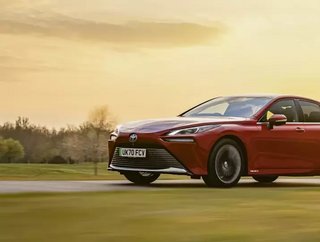 Founding the Toyota Motor Corporation in 1937, Kiichiro Toyoda is the first son of inventor and founder of Toyoda Automatic Loom Works - Sakichi Toyoda.

Following in his father's innovative footsteps, Toyoda began his career working in the family business. During his time at the company, he made several improvements to its techniques for eliminating waste in manufacturing establishing what is known today as the ‘Just-in-Time (JIT) method’.

After visiting England and the United States (US) to further his education in manufacturing, Toyoda became interested in automobiles, believing that “the era of automobiles would soon come to Japan.”

Receiving funding in 1933 from the family business to develop an automotive development program, Toyoda and his team used the funding to take apart a Chevrolet to understand each component.

Overcoming many manufacturing challenges in Japan due to a lack of automotive manufacturing technology in the country, the team - in 1936 - produced the first prototype automobile for Toyoda known as the ‘Model A1’ passenger car.

The following year the program was trademarked Toyota Motor Corporation, Toyoda was changed to Toyota because it comprises eight strokes in Japanese script, which is considered a lucky number.

Toyoda remained at the company until 1950, laying the foundations for Toyota Motor Corporation’s rise in the automotive industry, passing away in 1952.

"Kiichiro Toyoda embodied the foresight and innovation that few people in history possess, demonstrated by his significant contributions to the automotive industry. We are honoured to include him in the 2018 induction class to the Automotive Hall of Fame", stated Ramzi Hermiz, President and CEO, Shiloh Industries and Board Chairman, Automotive Hall of Fame.

“Before you say you can’t do something, try it” - Kiichiro Toyoda, Founder of Toyota Motor Corporation