MasterMover launches its US company 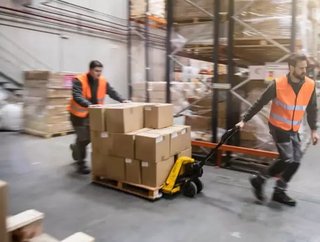 The electric tug firm based in Derbyshire, MasterMover, has inaugurated its US company. The firm’s US division will answer to customers in both the U...

The electric tug firm based in Derbyshire, MasterMover, has inaugurated its US company.

The firm’s US division will answer to customers in both the US and Canada, aiming to accelerate more efficiently the success MasterMover has been receiving across the Atlantic.

More than 10% of those who made the Fortune 500 cut utilise the company’s tug equipment.

MasterMover Inc. has been launched in Charlotte, North Carolina, to be the centre of distribution.

The electric tugs the company manufacturers are used to move loads between 50 and 120,000kg.

The tugs are often used in the manufacturing, rail, aerospace, and pharmaceutical industries.

The machinery only requires a single person for operation, allowing factories to save time which was previously spent supervising the movement of heavy loads.

“The south-eastern states of the USA have been enjoying phenomenal business growth in recent years,” stated Hugh Freer, MasterMover’s President.

“A range of incentives have attracted many of MasterMover’s long-standing customers into the region. Being near companies like Boeing, Continental and BMW was a key factor in choosing to locate the business here in Charlotte.”