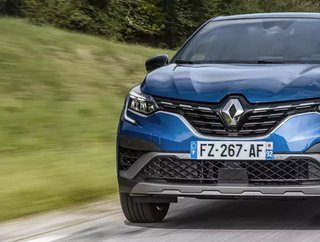 With its 120 years of history firmly rooted in France, Renault Group in its lifespan has become a global company that spans Europe, Africa, APAC, and the Americas.

Details of the Agreement

Following the adoption by Geely’s opensource strategy for its vehicle architecture, Geely will partner with Renault in China and South Korea as initial core markets.

The agreement will allow the two companies to share resources and technology, with a focus on hybrid vehicles in the Asian markets which is fast growing.

Based on Geely’s existing technology and a mature industrial footprint in China, the two companies will introduce the Renault branded hybrid vehicles, where Renault will provide brand strategy, channel and service development, and define an appropriate customer journey.

In South Korea, the MoU allows both companies to jointly explore the localisation of vehicles based on Lynk & Co’s energy-efficient vehicle platforms for local markets.

Both companies vow to continue their exploration of further potential, with an open and innovative partnership model.

Renault’s History in China and Korea

With a long-standing presence and interest in China, Renault has been operating in the country since 1995, where it began producing minibuses. Since then Renault has launched several joint ventures, imported vehicles, and further developed its network.

“In 2011 Renault sold 24,300 vehicles in China, representing a market share of 3% of imported vehicles and consolidating the success of Koleos,” states Renault.

“In addition to these plans for growth on the imported vehicles market, Renault will enter a whole new dimension in China with its project to manufacture locally, providing it with the means of breaking into the world's biggest automotive market,” adds Renault.

Renault has 199 dealerships in South Korea, as well as advanced research and development (R&D) and design facilities in Giheung.