Strengthening of the pound and its link to manufacturing exports 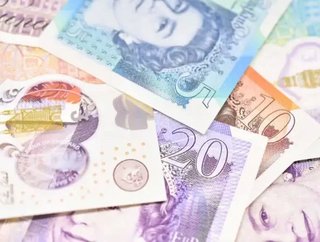 At the recent Davos World Economic Forum US Treasury Secretary, Steven Mnuchin, said that ‘a weaker dollar is good for us as it relates to trade and o...

At the recent Davos World Economic Forum US Treasury Secretary, Steven Mnuchin, said that ‘a weaker dollar is good for us as it relates to trade and opportunities’ causing the dollar and global currencies to dramatically shift. Whilst his comments and their impact were very quickly reversed by the US President, it’s an interesting notion that a weaker currency could be beneficial for a country’s economy.

It has been about a year and a half since the EU Referendum vote and sterling’s plunge to 1.22 against the US dollar. Whilst that drop was definitely not a bonus for all businesses and consumers, the weaker sterling presented an exciting opportunity for manufacturers exporting goods out of the UK.

The effective exchange rate of sterling dropped 20% between November 2015 and October 2016, including a record 6.5% fall between June and July 2016 following the EU referendum vote. For exporters, this led to higher international demand and higher sales volumes, according to the ONS.

More recently we’ve seen a burst of activity on the FX scene, with the pound rallying against the euro for the first time in over a year. As the pound edges down from its recent trading high of around 1.15, it’s imperative that manufacturers ask themselves how a recovered pound would impact their business. Just as the pound has favoured them since June 2015, it could just as easily reverse their fortunes if it strengthens further. The CBI’s recent 2017 manufacturing figures show a sector that appears to be doing well, it may have dropped slightly from its high but there is no doubt that manufacturing is rocketing along.

This is a trend we’ve seen many times before – most recently the financial crash of 2008. The UK economy saw the pound drop considerably. However, the drop resulted in the UK exporting at a far higher rate than previously. Once the pound recovered, the UK, once again, became an importing nation. Recent activity suggests that the cycle is continuing.

However, a low pound is a two-sided coin and there are of course negatives of a lower currency value for exporters. Those manufacturers that need to import anything, in particular raw materials, will be hit by the lower value of sterling. However, the degree to which this increase in costs could hit an exporter’s margins is not entirely clear and is very much dependent on a number of external factors.

The final considerations for British manufacturers is exchange rate volatility. Recent movement of the pound can be likened to a roller-coaster, the ups and downs can cause sharp and sudden shocks to industry, and the past decade has seen significant shifts in currency.

One interesting factor is that currency fluctuations’ impact tends to be on a lag, as the volatility tends not to reflect in prices for a number of months. It is therefore vital for any business dealing with foreign currencies to consider hedging their foreign exchange risk. This may help limit the impact of volatility.

The simplest way to do this is to lock in prevailing exchange rates, so the impact of a shift in the pound’s value may not be seen for a few months, or even longer. With currencies fluctuating on a headline in this current climate, hedging and locking in rates may be considered prudent for any exporter and importer.

At moneycorp, we’ve seen the impact that currency volatility can have on our exporting and importing clients first-hand. The recent surge in the value of the pound could impact on exporting manufacturers. Will they see their orders go down? It’s possible that the increase in orders that came about because of the lower value of the pound will have created lasting relationships with brand new international supply chains.

Lee McDarby is the Managing Director of FX and Corporate International Payments at moneycorp.