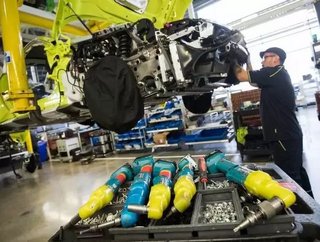 The output gauge in the IHS Markit/CIPS UK Manufacturing Purchasing Managers’ Index (PMI) fell to 45.6 from 49.1 in November, its lowest since July 20...

The output gauge in the IHS Markit/CIPS UK Manufacturing Purchasing Managers’ Index (PMI) fell to 45.6 from 49.1 in November, its lowest since July 2012. Readings below 50 denote contraction, reports Reuters.

The broader headline PMI, which combines gauges of output, employment and orders, fell to 47.5 from 48.9 - revised up only slightly from a preliminary reading of 47.4 and marking a four-month low.

“With demand weak and confidence remaining subdued, input purchasing was pared back sharply and jobs were cut for the ninth successive month,” said Rob Dobson, an economist at survey compiler IHS Markit.

Official data last month showed British economic growth slowed to an annual 1.1% in the third quarter of 2019, and it has not been below this rate since 2010, and industrial output dropped by 1.3% year-on-year.

Past PMIs have sometimes overstated economic slowdowns, and do not cover the public sector, where spending is rising. The job market also remains fairly solid with unemployment at a 44-year low.

Thursday’s survey was conducted from December 5-18, straddling the December 12 election in which Prime Minister Boris Johnson unexpectedly won a large majority, giving him a free hand to pursue his preferred Brexit strategy.

Uncertainty over Brexit depressed business investment in Britain throughout 2019, and the threat of a no-deal Brexit made output volatile as firms repeatedly built up, then reduced, stocks of raw materials as potential deadlines were extended.

Now the country looks on course to leave the European Union on January 31 with a transition deal that avoids new tariffs until the end of 2020, giving Johnson a short window to negotiate a longer-term trade deal with the EU.

Nonetheless, the PMI survey’s new orders index remained below the 50 threshold for growth for an eighth month running and close to its lowest level in more than seven years.

IHS Markit said investment demand remained weak in December, but there was stronger demand for consumer goods domestically and for export.

“On this basis, it looks like UK manufacturing and the broader economy may both start the new decade as they began the last, too reliant on consumer spending and still waiting for a sustained improvement in investment levels,” Dobson said.

Detailed PMI data are only available under licence from IHS Markit and customers need to apply for a licence. To subscribe to the full data, click on the link below: here