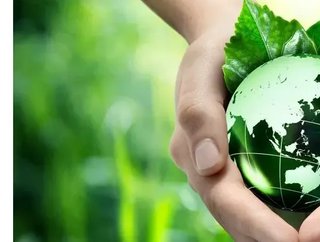 Partly thanks to cost reductions, emerging markets in Southeast Asia and beyond are turning to greener forms of energy production...

The Vietnamese renewables industry has been gaining traction lately as the country recognises greener energy will play a pivotal role in achieving the optimistic Power Development Plant (PDP). The PDP is envisaged to improve electricity infrastructure and expand renewable energy generation in the power mix to accelerate the journey to zero emissions. Against this backdrop, solar PV and wind is expected to steer the Vietnamese power sector towards decarbonisation, as the cost of solar PV systems and wind projects will drop by 25 per cent and 17 per cent respectively by 2030 according to GlobalData, a data and analytics company.

Ankit Mathur, Practice Head of Power at GlobalData, said: “Vietnam’s installed power capacity is likely to reach approximately 135 Gigawatts, growing by more than two folds from 55GW at the end of 2019. The renewable sources (including hydropower) are likely to fuel about half of the new overall capacity built of estimated 80GW by 2030. Solar PV and wind are likely to be the renewable flag bearers with more than 80 per cent of the anticipated renewable capacity to be dominated by these two technologies. So far, solar PV has witnessed a staggering growth of about 1,000 times from a meagre 7.4 MW to an estimated 7GW+ by the end of 2020.”

The country has revealed a clear roadmap that has attracted investor interest and boosted the confidence of an attractive and sizeable renewable market among the Southeast Asian counterparts in the future. Although COVID-19 is continuing to unfold in unpredictable ways, it has a limited impact on investor sentiment. Vietnam’s renewable sector witnessed an improvement in the deal volume with 19 asset transactions deals recorded by end November 2020 against the 16 deals during 2019.

Mathur concludes: “Amid the pandemic, the country has to review the PDP blue-print providing more support and transparency to the power sector players and investors with cost benefits and flexible approach for developing projects. To achieve the power sector decarbonisation and energy sustainability, Vietnam should also compliment the renewable expansion by providing multiple provisions and mechanisms for greater transparency for the investors. Some of these mechanisms include encouraging technological developments, simplifying regulatory approvals and expansion of transmission, and grid infrastructure for a successful implementation of the renewables in the power grid.”

More than 4,000 of the world’s largest companies, including over 70 per cent of FTSE 100 and 60 per cent of Fortune 100 companies, make more timely and better business decisions thanks to data provided by Global Data’s expert analysis and innovative solutions.