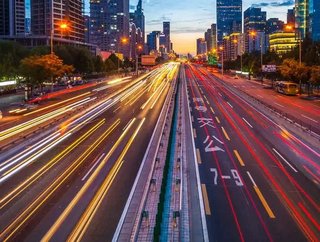 The Germany-based automotive company, Volkswagen, is accelerating its activities in China in a bid to re-energise its brand under the Move Forward initi...

The Germany-based automotive company, Volkswagen, is accelerating its activities in China in a bid to re-energise its brand under the Move Forward initiative, Automotive World reports.

It has been announced that Volkswagen’s product portfolio has been extended with nine new models this year.

In 1985, the car manufacturing giants has delivered approximately 2,000 cars to Chinese customers in a market of around 5,100 vehicles. This is in comparison to 2018, when it was revealed that the company has just passed the 30mn milestone of Chinese customers purchasing Volkswagen cars.

“We reached a fantastic milestone this November, as we delivered the 30 millionth Volkswagen – a Touareg – to a customer in China,” said Stephan Wöllenstein, CEO of Volkswagen Brand China, speaking at Auto Guangzhou 2018. “And to remain the number one choice for Chinese car buyers, as we have been for many years, our product offensive will continue in 2019.”

In a bid to provide Chinese consumers with a wider variety of choice, through a joint venture FAW-Volkswagen and SAIC Volkswagen, have highlighted their commitment to introduce five new models in 2019, which are set to also include 3 SUVs.

“Together with our joint ventures, we also will step up our efforts with our NEV offensive in 2019 – introducing 3 locally-produced battery-electric versions of well-known Volkswagen models,” added Wöllenstein. “We will also introduce one more locally-produced PHEV and the Touareg PHEV from Volkswagen Import.”