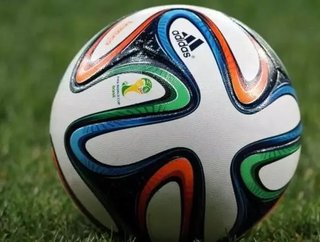 Any complaints about the football being used in the Brazil 2014 World Cup should be directed to the worlds finest players after they tested the model de...

Any complaints about the football being used in the Brazil 2014 World Cup should be directed to the world’s finest players after they tested the model designed by Adidas which is to be used.

Another participant was Real Madrid’s Champions League winning goalkeeper Ikar Casillas, an important inclusion given the issues goal stoppers have had with previous lightweight footballs prone to vicious and unpredictable swerve, namely the Adidas Jabulani.

German manufacturer Adidas said that the Brazuca had been tested by more than 600 players from 30 teams across 10 countries over a period of two and a half years – it’s most tested ball ever.

An important change to this tournament’s ball is a move away from the eight-panel design of the Jabulani, used at the world cup in South Africa in 2010, to the six-panel Brazuca.

A pair of physicists with Japan's University of Tsukuba has tested both the 2010 and 2014 versions, and found that the newest ball travels the truest. The Jabulani came bottom of the rankings and behind a series of other footballs.

The company typically works five years out, so plans for the ball to be used at the 2018 World Cup to be held in Russia are already afoot.