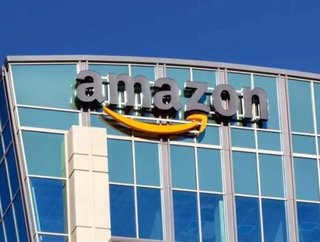 Amazon has filed a patent with the United States Patent and Trademark Office for a new delivery system that allows it to manufacture customers&#39; orde...

Amazon has filed a patent with the United States Patent and Trademark Office for a new delivery system that allows it to manufacture customers' orders using 3D printing technology while the orders are on their way to the customers' doorstep.

The patent is for an application where Amazon can print 3D goods on demand inside delivery trucks and ship them off to customers faster. According to the patent, Amazon could send manufacturing instructions to one of its mobile manufacturing hubs where the operators could proceed with printing out the ordered goods using 3D printers and computer numerical control machines.

The Internet retailer says it could eliminate time delays in receiving, processing, and shipping orders to customers by eliminating the need for warehouse workers to find certain products among Amazon's giant inventory of millions of goods. It will also reduce the need for warehouse space, thus cutting down on costs while increasing customer satisfaction by delivering their orders quickly.

“Increased space to store additional inventory may raise costs for the electronic marketplace,” said Amazon in its patent. “Additionally, time delays between receiving an order and shipping the item to the customer may reduce customer satisfaction and affect revenues generated. Accordingly, an electronic marketplace may find it desirable to decrease the amount of warehouse or inventory storage space needed, to reduce the amount of time consumed between receiving an order and delivering the item to the customer, or both.”

Amazon said a variety of 3d printing technologies will be used, including fused deposition modeling, electron beam freeform fabrication, and direct metal laser sintering among others.

Amazon places a lot of importance on getting products to customers as soon as possible. For America's biggest online retailer, the sooner the customer receives his package, the better. This is why Amazon is exploring new ways to deliver goods to customers much faster than the conventional express shipping offered by delivery companies.

Perhaps one of Amazon's most famous attempts at speeding up delivery is its proposal to deliver packages via unmanned aircraft systems controlled by operators on the ground.

However, new rules mandated by the Federal Aviation Administration (FAA) prohibit commercial entities from flying drones out of the operators' line of sight, effectively banning Amazon from testing its delivery drones in the U.S and forcing the company to look to other countries to launch its drone delivery program and come up with new ways to speed up delivery time for American customers.

Amazon also filed a patent for ‘anticipatory delivery’ in 2013 for a system where Amazon assumes what its customers want so that it can deliver goods to customers even before the customers decide they want to buy an item. However, Amazon has not yet deployed such a system, and it is possible that it might not launch its 3D printing delivery trucks as well.