The Apple strategy and the birth of iPhone X 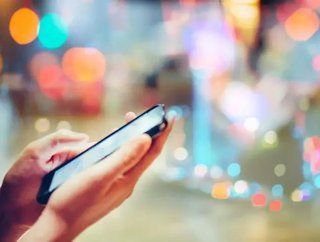 The 10th anniversary Apple iPhone model – the iPhone X – was revealed yesterday, and even the eye-watering price of $999 seems unlikely to hamper it...

The 10th anniversary Apple iPhone model – the iPhone X – was revealed yesterday, and even the eye-watering price of $999 seems unlikely to hamper its inevitable march into the pockets of many.

It has been described (admittedly by the company itself) as the most innovative iPhone yet, taking away more of the phone’s iconic physical features and offering heightened levels of technology to justify the price.

Loizos Heracleous, a Professor of Strategy at Warwick Business School, researches Apple and its quantum strategy. He offered the following expert comment:

"Apple’s introduction of a $1,000 iPhone is consistent with its business strategy of differentiation and exclusivity, targeting the higher end of the market rather than just aiming for a larger base of users. Given that the iPhone accounts for the majority of the company’s revenues and profits and its demand curve is relatively inelastic – i.e. a price change has less effect on sales - this pricing strategy makes sense in terms of revenue and profit growth.

"This move is also consistent with Apple’s image in important emerging economies as an exclusive handset and as the real thing, despite the availability of much cheaper imitations. While it may constrain rapid expansion of users, it strengthens the brand's image and desirability as the mobile most people will buy when they are able to.

"Apart from removing the home button enabled by a new type of screen on the highest end model, Apple is also continuing to focus on its intense levels of efficiency in production and more broadly at the operational level, by using a largely consistent design, operating system and functions across its different iPhone models.

"People have been predicting Apple’s demise for a while, but Apple’s performance has been growing stronger since Steve Jobs’ untimely departure. This pricing move is an example of the essence of strategy: being able to make tough choices that are meaningful for company performance.

"No move is risk-free, but as things stand, this seems like a courageous move that should turn out positively for the company in terms of performance, and create some distance from competing brands in terms of exclusivity."