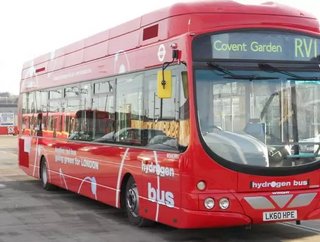 Ballard Power Systems, a provider of clean energy products, has announced that a fuel cell electric bus followed by its FCveloCity-HD6 fuel cells has ac...

Ballard Power Systems, a provider of clean energy products, has announced that a fuel cell electric bus followed by its FCveloCity-HD6 fuel cells has achieved a new durability record with over 25,000 hours of revenue service. This is the equivalent to operating a bus on a 14-hour schedule, five days a week for 6.9 years with little to no maintenance to the fuel cell stack.

The particular bus monitored is part of a Transport for London fleet of eight, the remaining seven of which are also approaching the 25,000-hour threshold. The buses, originally funded under the Clean Hydrogen in European Cities fuel cell bus program, have been carrying paying passengers on London’s Tower Gateway route since 2010.

“We are now moving into commercial scaling as market demand for fuel cell electric buses reaches an inflection point in key global markets. Ballard's cumulative learning through our unparalleled field experience is a major competitive differentiator."

The seven generations of FCveloCity fuel cell engines have been deployed in buses across 15 countries on five continents over the past decade. Ballard has worked with 13 bus manufacturers in this time to develop various fuel cell bus configurations deployed across different climatic conditions. The Ballard-powered buses have now travelled over 6.8 million miles globally.

Demand for these cells is set to rise, as the public transport sector seeks to keep up with the private motoring sector in the realm of green travel. The bus manufacturers Ballard has partnered with also boast a 250-mile range between refuelling; rapid seven-minute refuelling; improved fuel economy compared to diesel buses; route flexibility; and a smoother ride with reduced noise.