By Jonathan Wilkins
May 16, 2020
undefined mins 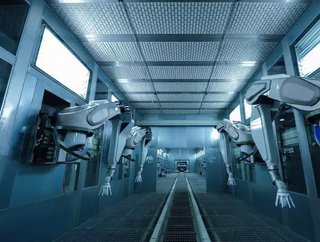 In 1984, The Learning Company released Robot Odyssey, which has been called the hardest computer game of all time with players having to program and con...

In 1984, The Learning Company released Robot Odyssey, which has been called the hardest computer game of all time with players having to program and control three robots to find home. Luckily, today’s robots are easier to manage. Here Jonathan Wilkins, marketing director at obsolete industrial parts supplier, EU Automation, explores the three main methods of robot programming.

Most small and medium sized businesses don’t have a robotics programmer on staff. However, by learning the three main methods of programming — teach, lead and offline — they can prepare for the introduction of almost any type of robotics technology.

The teach method is the most common, with over 90 percent of industrial robots programmed this way. The main characteristic of this method is way the robot is taught positional data. A teach pendant with controls to drive the robot in a number of coordinate systems is used to manually drive the robot to its desired location. These locations are then stored and can be revisited within the robot program.

While the programming method has been popular for several years, the teach pendant has adapted to suit the evolving user. Early pendants were large, grey boxes with magnetic tape storage. Today’s modern pendants are more likely to be a touch screen tablet — something we’re all familiar with.

Most traditional robots come with a teach pendant, making it the most familiar programming method to technicians. However, it can be disruptive to the manufacturing line as the robot has to be put into teach mode and all operations using the robot must be halted while it is programmed.

This method of programming was immensely popular ten years ago, but it has since almost disappeared. With lead through programming, the robot is physically moved through a task by an operator. This has become more difficult as larger robots are becoming commonplace in the manufacturing industry. This not only makes it tougher for the operator, but it increases the chance of hesitation or inaccuracies during the programming phase. These cannot be edited out easily without reprogramming the whole task.

Once the lead through programming has been carried out, it can be played back, allowing the robot to complete the task alone.

This is an extremely useful method of programming for detailed tasks that would require many lines of code if programmed offline. However, it is not the best option for tasks that are algorithmic in nature, such as simple picking and packing.

Offline programming, or simulation, is most often used in robotics research to ensure that advanced control algorithms operate correctly before testing them on a real robot. Programs are developed offline, meaning that the robot only has to be halted while the new program is downloaded and tested. It is currently used by many industrial robot technicians as it causes the least disruption to the production line.

Despite its popularity, only a handful of companies are actually using this technology as it is still in its infancy, but its use is increasing each year. Developers are looking for ways to improve the intuition of the software in order to reduce the time taken to develop the simulation and test it on the robot.

No matter what type of programming an operator chooses, they don’t need to spend huge sums of money to introduce automation into their manufacturing line. Once the robot is up and running, the manufacturer can rely on reconditioned and obsolete parts to keep their robot operating at optimum efficiency.

You might not have completed Robot Odyssey back in the day, but if you understand the basic techniques of teach, lead through and offline programming, you’re all set to level up to the automation era.