The Digital Forge: The Future in Three Dimensions 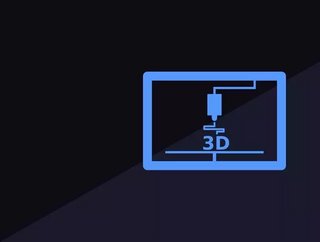 Markforged, an industry-leading company that specialises in the design and manufacture of smart industrial 3D printers, is preparing us for the future...

Their new cloud-based platform is designed around machine learning (ML), computer systems that are able to learn and adapt without following explicit instructions via algorithms and analysing patterns in data, and thus interconnect with other Markforged systems across the globe, reportedly around 12,000.

Claiming to be the first user of ML in the sphere of 3D printing, Markforged can use their Eiger print preparation software, designed to allow users to 3D print anything at any time, to constantly learn from the 12,000 systems in their 73 strong country-wide fleet. This huge jump in data collection between all systems would lead to not only a more efficient system but a smarter one overall.

This new software is inherently designed to use what the company calls “fleet federated learning” ─ a form of ML that uses data collected from a multitude of systems to build a database of printer data that allows the platform itself to become “smarter” over time. This will reduce the risk of mid-print errors and, overall, will minimise global print failures on Markforged systems.

“We started Markforged with a cloud-first, software-first approach that was designed for the modern world, and now we are applying that approach to accomplish things people thought were still decades away from coming to market. Through the Digital Forge, manufacturers can use our powerful software to easily fabricate strong, accurate, and durable metal and composite parts for orders of magnitude cheaper than they’ve traditionally been made — on-demand and directly at the point of need.” Said Greg Mark, chairman of Markforged.

Companies such as Porsche and Microsoft are amongst the thousands of customers that use Markforged systems, as well as the ten largest aerospace companies 5 of 6 branches in the U.S Armed Forces, and more who all contribute to the Digital Forge platform. With the new system being entirely cloud resource-based, it means that these customers can now access their printing abilities at the touch of a single browser tab.

Mark goes on to say “Electricity was invented in 1880, but it took 40 years and the pandemic of 1918 to spark the Industrial Revolution that built our modern world. 3D printing has reached a similar tipping point. We are nearing the 40th anniversary of the 3D printer (2026), and I believe the pandemic of 2020 and the supply chain disruption it has caused will usher in the next great Industrial Revolution — the era of Digital Manufacturing — and we are on a mission to put The Digital Forge in every factory on Earth as part of that revolution.”

While Markforged is not the first company in the world to have this kind of technology, its firm place in the pocket of a number of leading corporations will give it the best chance it can have at developing evolving systems in what may soon to be a 3D printed world. With this kind of technology on the rise, and now more than ever the most convenient means of manufacturing parts and more, is there anything stopping the world from being a button push away from creation?