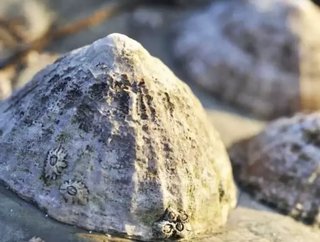 Scientists have discovered the strongest natural material ever known, and it comes from the teeth of a tiny shellfish. The discovery was made while exam...

Scientists have discovered the strongest natural material ever known, and it comes from the teeth of a tiny shellfish. The discovery was made while examining limpets, and experts believe the substance could revolutionise industrial engineering.

Researchers at the University of Portsmouth, UK believe it is even stronger than the silk spiders use to make webs, which until now is though to be the world’s toughest biological material weight for weight.

Scientists examined the teeth of limpets, which cling to rocks around Britain’s shores. They found mineral fibres - known as goethite – that have evolved to form super-strong structures. This helps the shellfish dig into rocks preventing them from being washed out to sea.

Professor Asa Barber, who led the research, said, “Nature is a wonderful source of inspiration for structures that have excellent mechanical properties. All the things we observe around us, such as trees, the shells of sea creatures and the limpet teeth studied in this work, have evolved to be effective at what they do.

“Until now we thought that spider silk was the strongest biological material because of its super-strength and potential applications in everything from bullet-proof vests to computer electronics, but now we have discovered that limpet teeth exhibit a strength that is potentially higher.”

The study, published today in the Royal Society journal Interface, suggests that engineers could copy the structure.

Professor Barber added, “We discovered that the fibres of goethite are just the right size to make up a resilient composite structure. This discovery means that the fibrous structures found in limpet teeth could be mimicked and used in high-performance engineering applications such as Formula 1 racing cars, the hulls of boats and aircraft structures.”