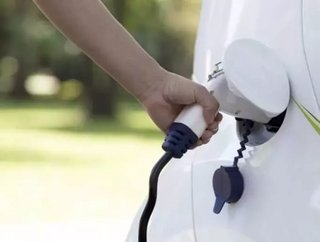 Manufacturing giant Foxconn, famed for its partnership with Apple, has announced it will be investing $811 million to develop an electric car that will...

Manufacturing giant Foxconn, famed for its partnership with Apple, has announced it will be investing $811 million to develop an electric car that will retail at just $15,000.

Foxconn will be using the investment to develop a new electric vehicle manufacturing facility in China’s Shanxi province. The company already has two factories in Shanxi - one is used to assemble smartphones and the other is dedicated to building its army of robots and automation equipment.

The company’s aim is to make an electric vehicle which retails at less than $15,000, says CEO Terry Gou. According to reports, production is already underway.

The Taiwanese company has some experience in the automotive industry. It already manufactures a 25.6-kilowatt-hour lithium-ion battery pack for the BAIC E150 EV, a Chinese electric car that starts at around $20,300, according to The Green Optimistic. In the past, the company has also worked with electric-car maker Tesla to develop its touchscreen panels. It also played a part in developing Tesla car batteries.

Foxconn isn't discussing anything else about its electric-car production strategies, but it may be planning to take advantage of strong Chinese government support for electric cars and a potentially untapped market. The country's central government has been trying to encourage the adoption of low-emission “new energy vehicles” - including battery-electric, plug-in hybrid, and hydrogen fuel-cell cars - for some time, and many large car-makers, including BMW and Tesla see China as a major market for electric-vehicle adoption.

As it stands, there is no timeframe outlines for the launch of the new electric vehicles.