The future of the connected car 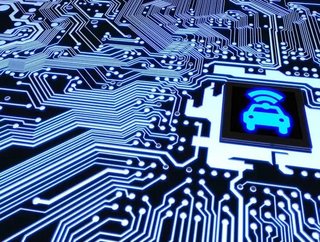 From Elon Musk’s vision for a tunnel network underneath Los Angeles to Uber’s flying cars, we know the technological ambition to transform our road...

From Elon Musk’s vision for a tunnel network underneath Los Angeles to Uber’s flying cars, we know the technological ambition to transform our road networks has arrived. Automotive companies have their foot on the pedal too. Companies including Ford, Peugeot, Jaguar and Seat all demonstrated autonomous vehicles at MWC this year, showcasing the potential to make travel more efficient and safe.

However, a host of road blocks still exist. With a plethora of companies heading off in different directions to lead the driverless car revolution, we have been left with multiple sets of market standards, slowing down timely development. There are also regulatory and legal questions, which many manufacturers will need to answer in order to remain compliant across the UK and Europe.

One of the most significant challenges to driverless cars is cybersecurity. The risks associated with cars being increasingly connected to the internet and mobile networks are clear; a hacker gaining access could be as serious as remote tampering with safety critical features. While we’re yet to see a wide-scale malicious attack, white-hat hackers took control of a Jeep Cherokee and cut its transmission in 2015.

Rightly, there has been a huge emphasis on making sure these vehicles are safe for passengers with security prioritised from the design stage and throughout production. Nevertheless, that is only addressing the problem from one angle and we must also take steps to secure smart infrastructure and the complexity of a growing apps ecosystem.

Cars of the future will be inherently linked to smart cities. However, our infrastructure is simply not sufficiently robust to manage and protect the data associated with vehicle IoT.

Infrastructural innovations will be essential to enabling communication between vehicles and the places they navigate, collect and analyse data at scale, allowing governments to reduce carbon emissions, alleviate traffic congestion and create safer roads. The network connections at the foundation of this trend will likely become a target for hackers looking to cause disruption, so it is vital that the infrastructure security is considered an immediate priority. Clearly there are going to be significant boundary points between the vehicle manufacturers, the city infrastructure systems and the connectivity providers that link these disparate systems together. It is here where strong security is most essential, as they would likely be the primary targets for attackers.

As cities became smarter and automotive technology more advanced, cars will increasingly resemble a collection of apps connected to their surroundings through big data and the IoT. Indeed, GSMA predicts that by 2020 the car will be the most connected app and Gartner reports that 250 million vehicles will be connected and fully packed with sensor technologies.

Companies integrating vehicle IoT into their IT systems will be able to automate business processes and take connectivity even further with the tracking of goods, monitoring of food temperatures and analysis of a driver’s skills. Drivers could also soon be paying toll fees or congestions charges via their vehicles over the internet and transmitting personal details in an unprecedented way.

There’s huge potential for companies to become more efficient and improve customer experience, albeit that security features will be a key differentiator in the way consumers will purchase a connected car in the future. Those automotive firms that adopt proven and secure platforms will gain consumer trust as the industry moves towards a journey of fully autonomous driving.

Preparing for the future

With driverless car trials set for UK motorways in 2019, we are very close to the concept becoming a reality. However, there’s a huge amount of work to be done to connect, secure and monetise the next generation of connected vehicles. Security has often been an afterthought when designing connected car solutions. Hence, for autonomous cars to become a cornerstone of our connected world, manufacturers must embed robust security solutions across the production cycle to ensure the road ahead leads to a faster, smarter and safer society.