iPhone 7 – Bluetooth vs. the headphone jack 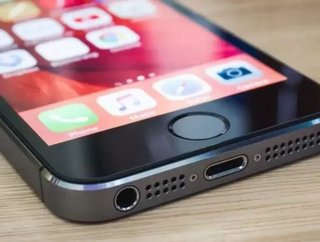 The new iPhone 7 was unveiled yesterday, and the announcement confirmed the long-rumoured lack of headphone jack. The removal of the 3.5mm jack &ndas...

The new iPhone 7 was unveiled yesterday, and the announcement confirmed the long-rumoured lack of headphone jack.

The removal of the 3.5mm jack – and subsequent forcible use of Apple’s own Bluetooth earphones – has received a lot of negative press. It is one of the very few elements of an iPhone which has always been standardised in accordance with other devices, meaning users could use their preferred earphones or headphones in their iPhone, but now they can only use the branded $159 buds.

Others say that wireless earphones could actually solve a lot of problems and improve device reliability. Teleplan recently tested around 5,000 smartphones and found that headphone jack faults occur more regularly than Bluetooth faults.

“There has a been a huge focus on the concerns of consumers around moving away from the traditional headphone jack, and we do not know how this might be replaced in terms of USB-C or something else. However, when it comes to Bluetooth, it is in fact four times more reliable than the headphone jack. It stands to reason that something which is regularly physically connected to and removed from a device is going to cause some damage in the long run.

“The transition to wireless headphones as one of the possibilities is one that results in higher reliability of the device, and reducing demand for the replacement and repair of faulty devices can only be a good thing for manufacturers. That means iPhone 7 owners and any other phone models adopting this change in approach will have one less reason that they might be parted with their smartphone for repair.”