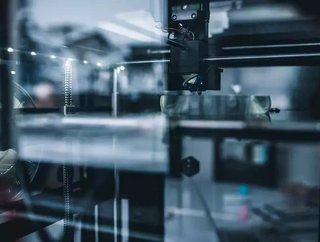 US 3D printer manufacturer MakerBot has announced the launch of the Method X, which it describes as a manufacturing workstation. An upgraded version of...

US 3D printer manufacturer MakerBot has announced the launch of the Method X, which it describes as a manufacturing workstation.

An upgraded version of the company’s Method 3D printer, which was situated somewhere between industrial and desktop, MakerBot said that the Method X is an industrial printer with a disruptive price.

“When we initially launched METHOD, we broke the price-to-performance barrier by delivering a 3D printer that was designed to bridge the technology gap between industrial and desktop 3D printers,” said Nadav Goshen, CEO, MakerBot. This made industrial 3D printing accessible to professionals for the first time. Since then, we have shipped hundreds of printers and received positive feedback from a number of our customers on the precision and reliability of the machine. With METHOD X, we are taking a step further to revolutionize manufacturing. METHOD X was created for engineers who need true ABS for production-ready parts that are dimensionally-accurate with no geometric restrictions. METHOD X delivers industrial-level 3D printing without compromising on ABS material properties and automation in a new price category.”

The Method X is said to be able to print up to twice as fast as desktop printers, thanks to upgraded hot ends, and a heated printing chamber means prints are less likely to warp. Soluble supports allow for complicated structures to be printed across a range of MakerBot materials such as PLA, PETG and ABS. MakerBot highlighted the printer’s capabilities with ABS, which requires higher temperatures and is made stronger and more rigid by innovations such as the heated chamber. MakerBot suggested that items made from the material could be used for end use parts, as well as manufacturing tools and prototypes.

A subsidiary of Israeli 3D printing company Stratasys, MakerBot is well known in the hobbyist 3D printing world for its consumer printers and its website Thingiverse, which acts as a repository of user-designed 3D printable objects.