milliDelta robot to be adopted by the manufacturing industry 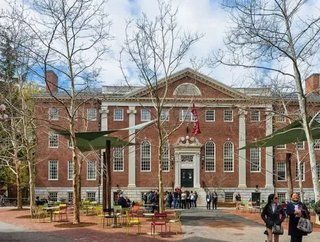 Harvard University has developed a miniaturised milliDelta robot perfect for the manufacturing and medicine industries. The robot was developed by inte...

Harvard University has developed a miniaturised milliDelta robot perfect for the manufacturing and medicine industries.

The robot was developed by integrating the university’s microfabrication technique with high-performance composite materials capable of incorporating flexural joints and bending actuators.

With this technique, the milliDelta is able to operate with speed, force, and micrometre precision, which will be it useful to use in micromanipulation tasks.

The robot was developed by Robert Wood’s team the Wyss Institute for Biologically Inspired Engineering and the John A Paulson School of Engineering and Applied Sciences (SEAS) at Harvard.

“The physics of scaling told us that bringing down the size of Delta robots would increase their speed and acceleration, and pop-up MEMS manufacturing with its ability to use any material or combination of materials seemed an ideal way to attack this problem,” stated Wood.

“This approach also allowed us to rapidly go through a number of iterations that led us to the final milliDelta,” he added.

Wood’s team developed its micro-fabrication approach in 2011. It was inspired by origami and enables robots to be assembled from plat sheets of composite materials.

“With the help of an assembly jig, this laminate can be precisely folded into a millimetre-scale Delta robot. The milliDelta also utilises piezoelectric actuators, which allow it to perform movements at frequencies 15 to 20 times higher than those of other currently available Delta robots,” commented Hayley McClintock, a Wyss Institute Staff Researcher on Wood’s team.