Move over Xiaomi, Gionee is the new smartphone manufacturer in town 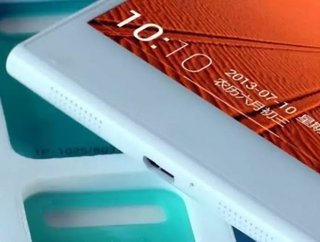 Xiaomi may be about to face stiff competition from another Chinese smartphone manufacturing firm, Gionee. Xiaomi has been stealing headlines in the smar...

According to reports, the little known manufacturer will set up a manufacturing plant in India that could serve as a hub supplying the company’s Android handsets to multiple markets in the region.

Arvind Vohra, chief executive of Gionee’s Indian operations told press that Gionee already sells its smartphones in India and aims to double sales by units to eight million smartphones in the country this year – statistics that will probable shake up Xiaomi.

The company is evaluating locations for its plant and expects to spend 3 billion rupees ($50 million) on it, and has contracted consultancy EY to advise it on the project.

India is the world’s third-largest smartphone market, and Gionee joins China’s Xiaomi Inc. in its plans to start manufacturing in the region, where demand far outstrips supply for affordable smartphones packed with software features, as hardware specifications become increasingly commoditized.

As software, user experience and local features become increasingly important, Chinese smartphone companies are ramping up their R&D efforts in India. According to William Wu, the company’s president, Gionee will more than double its local research and development team in India to 30 from 12 people currently.

Huawei Technology Co. Ltd., has its largest overseas R&D centre in Bangalore and Xiaomi has recently leased a 22,000-square-foot office in one of the city’s business parks, where it is setting up its India research centre.