Praise the Sun - The Key to Zero-waste Industries? 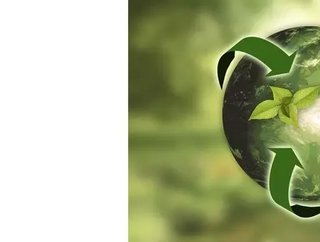 UoM researchers have found a potential leap toward greener manufacturing...

Chemical engineers at the University of Manchester (UoM) in the UK have been able to successfully manipulate carbon nitride by using artificial sunlight to synthesise fluorine-based molecules, the building blocks of many agrochemical and pharmaceutical applications, via a process known as ‘photocatalysis’, potentially setting them on the path to the ‘holy grail’ of zero-waste industry manufacturing.

Following the new findings which were published on November 11th in the journal Science Advances, Dr Carmine D’Agostino at UoM, who collaborated with The University of Trieste (Italy), the CNR Institute of Materials for Electronics and Magnetism (Italy), and the CIC biomaGUNE (Spain), said “The chemical industry is a fundamental pillar for economic and technological development. Yet, it is often associated with environmental pollution and climate change. In recent years, efforts are being made to shift the current approach to industrial chemistry towards a greener, more sustainable and zero-waste approach.”

A few items to note here are the specific definitions of things such as ‘carbon nitride’, ‘photocatalysis’, ‘fluorine’ and why synthesising fluorine-based molecules is so essential to a potentially greener manufacturing industry.

Carbon nitride itself is a metal-free, non-toxic solid made of Earth-abundant elements of carbon and nitrogen, and researchers have discovered that, through simple manipulations of this solid, they are able to exploit artificial solar light for the synthesis of organic molecules containing fluorine.

The concept known as ‘photocatalysis’ is where artificial light or sunlight is able to trigger chemical reactions at ambient conditions, which would otherwise require more energy-intensive processes. The process itself is not too dissimilar to natural photosynthesis used by plants to harness the sun's energy. However, the materials for creating this process in an artificial environment tends to be very expensive and not very efficient, making it difficult to quantify as viable on an industrial scale.

So what does this mean for the manufacturing world, and how would it lead us to a zero-waste industry?

For starters, the industrialisation of the photocatalytic process would potentially mean that we, as a society, wouldn’t need to rely on fossil fuels as a primary source of energy in industrial productions by providing cleaner and most sustainable chemicals.

“The team at The University of Manchester led by Dr Carmine D’Agostino, together with Luke Forster (PhD student) and Dr Graziano Di Carmine (Research Associate) played a pivotal role in unravelling, through the use of Nuclear Magnetic Resonance (NMR) techniques, the fundamental changes in carbon nitride properties responsible for the increased efficiency of the nano-engineered materials.”

Dr Carmine went on to state “This new exploitation of solar light for the synthesis of useful chemicals is a very promising technology, yet very challenging. In particular, the search of non-toxic, widely available and economically viable materials, able to harness solar energy for efficient chemical conversion holds the Holy Grail for such photochemical conversions.”

As such, a discovery of this magnitude could see the world change as we know it, and very much so for the better. With more sustainable methods of creating alternative energy sources cropping up more and more each year, it seems that we’re very much on the horizon of a breakthrough that could see the landscape of industrial production become greener than ever.