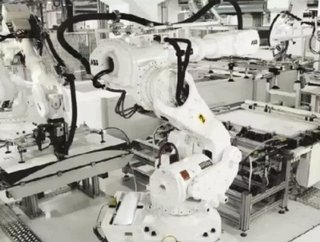 MACH returned to the forefront of manufacturing attentions for the first time since 2012 in April, as one of the worlds most significant industry events...

MACH returned to the forefront of manufacturing attentions for the first time since 2012 in April, as one of the world’s most significant industry events signified the ever-increasing rapidity of technological innovation.

Hosted by the Manufacturing Technologies Association (MTA) and taking place in Birmingham, UK,MACH 2014 far exceeded the 6,000 tonnes of live working machinery on display in 2012, and subsequently, the 21,500 visitors who graced the event previously too.

This was largely due to the appeal of showcasing OEMs such as ABB, Rolls Royce and Airbus who were more than adequately complimented by the plethora of market-specific innovations on show.

Issues such as supply chain management and manufacturing education were all catered for and influenced via industry-leading businesses as well, but with two full rooms of Birmingham’s NEC full to the brim, it is traditionally the state-of-the-art, never seen before machinery and robotics which pulls in the biggest crowds.

ABB, the leading supplier of industrial robots and modular manufacturing systems has installed more than 200,000 robots around the world, and took the opportunity at this year’s MACH to unveil its latest generation device.

The IRB6700 features the latest in automated development including enhancements in accuracy and speed as well as weight allowances, and was one of the showpieces of the five-day event from its integrated demonstration cell which also featured the IRB 6700, IRB 2600 and IRB 140 robots.

The role of robotics has been taken on to the next step in recent years by ABB, tapping in to the wider Internet of Things trend and the collaboration that can occur between robots.

Robotics have become common place within industrial manufacturing over the years, making the art of welding, assembly and packaging more efficient across both the engineering and supply chain phases of production.

Not only increasing, but enhancing automation to greater speeds and accuracy is a trademark of companies like ABB, and the ease in which they can now be demonstrated at events such as MACH speaks volumes for the limitless potential this trend has moving forward.

Global machine tool manufacturer, Yamazaki Mazak was another eye-catching company to showpiece its latest machinery, exhibiting 10 products under its ‘make it better’ theme.

Again focusing on speed, accuracy and performance, new additions to the Integrex i-series of multitasking machines demonstrated the flexibility now required across the modern industrial sector, with a barfeed system integrated to aid unloading and conveyor handling for completed products a prime example.

Mazak also featured alongside Siemens via its Variaxis i-500, indicating a collaborative culture within technological innovation at present, with the industry’s finest leveraging off each other’s developments.

This complimented an entire zone dedicated to the awareness and education behind contemporary manufacturing processes, sponsored by Swedish engineering company, Sandvik Coromant.

The MACH 2014 Education and Training Zone was geared up towards reaffirming its commitment to young engineers and the future of the manufacturing industry, and with automation and the use of robotics a key component of this future, visitors were treated to some world firsts.

Renowned punching technology manufacturer, Bruderer provided one of these first-glimpse moments by unveiling the world’s first stamping press, the BSTA 280-75B2.

Able to undertake two operations and integrate them into one, the machine again focuses on optimising speed of production and flexibility of development, and both automotive and aerospace sectors will be reaping the benefits of the machine in the coming years.

“To be able to showcase a world first and gain such fantastic exposure can only be good for the business and I know we’ve taken 20 leads already…some of whom are from overseas, including Russia and India,” Andreas Fischer, Chief Executive Officer of Bruderer AG said at the event.

The biennial event will be gracing the NEC again in 2016, where the levels of innovation and technological development are expected to increase once more.

In an industry where progression is dictated by each step of the supply chain, it is almost certain that the machinery and use of robotics will be unrecognisable even to the standards on show this year, as the consumer craving for more precise and speedy production also grows.

The likes of ABB and Rolls Royce will undoubtedly continue to be at the forefront of these developments, but with MACH only likely to grow in stature again, there will be plenty of space for the supporting cast to bridge the gap even more to join, and influence, the technological revolution on one of the industry’s most notorious stages.