Samsung to build $15b chip plant as smartphone profits slump 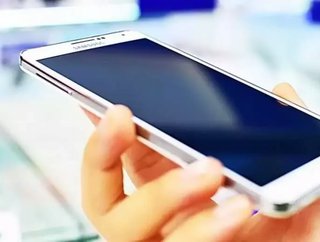 Samsung Electronics has announced plans to spend $15 billion building a chip plant in South Korea. The electronics giant made the announcement as it hea...

Samsung Electronics has announced plans to spend $15 billion building a chip plant in South Korea. The electronics giant made the announcement as it heads for the roughest quarterly results in years amid fierce competition from the likes of Apple and Xiaomi smartphones.

Construction will get underway early next year with semiconductor manufacturing due to commence in 2017, the company said in a statement. Samsung is hoping to manufacture more complex and sophisticated processors, which will be used in wearable devices, smart cars and smart homes.

The world’s biggest memory-chip maker is investing as its smartphone business struggles to stay competitive. Third-quarter operating profit, due to be released tomorrow, is projected to plunge 47 percent and sales may drop 15 percent in the steepest declines since 2009, according to analyst estimates.

Despite disappointing results, the company’s new plant is expected to cost triple the amount Tesla Motors plans to spend on its battery “gigafactory” in Nevada.

Profit at Samsung’s chip unit was 2.14 trillion won in the third quarter, according to a Bloomberg News survey of analysts. That increase from 2.06 trillion won a year earlier is partly due to Samsung supplying semiconductors for the new Apple phones.

Analysts have been cutting their profit estimates for Samsung almost daily, with at least 27 of 42 tracked by Bloomberg reducing their estimates in the past four weeks.

Samsung has brought the release date of its Galaxy Note 4 smartphone forward to the end of September, meaning device sales will aid third-quarter results, however faces stiff competition from Apple, which has seen record sales of its newly released iPhone 6 and iPhone 6 Plus.

Samsung will start global sales of its 5.6-inch Note Edge in the fourth quarter, the company has said. The Edge allows users to read messages, news and stock tickers from an angle by extending the display down the side of the phone.

Starting in the 2010 financial year, Samsung adopted International Financial Reporting Standards for its earnings. That change means comparisons to results before 2009 aren’t on a like-for-like basis.