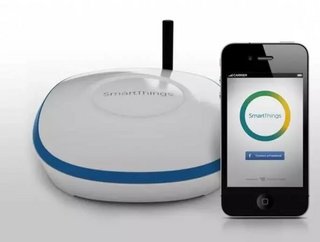 Samsung has set its sights on growing its Internet of Things (IoT) developer platform, SmartThings and in order to do this, the connected tech company h...

Samsung has set its sights on growing its Internet of Things (IoT) developer platform, SmartThings and in order to do this, the connected tech company has hired former Google executive Dora Hsu as its chief platform officer.

The appointment will help Samsung cement its position as a leader in the IoT space. Samsung CEO BK Yoon pledged last month to spend $100 million to develop an open framework through which connected devices like fitness trackers and home appliances can communicate.

Hsu’s job will involve building the business and infrastructure to develop SmartThings’ app store model, which currently supports about 150 devices. This will include winning over third-party developers by giving them the tools they need to adopt SmartThings’ open-source software platform.

Hsu joins at a dynamic time, as SmartThings adds analytics, certification, marketing, and monetization tools for developers and Samsung doubles down on its Internet of Things investment with new product lines of smart home appliances.

SmartThings has a lot of potential in the field due to the fact it offers accessibility. It first launched on Kickstarter as an open-software platform and already has a 5,000+ strong developer community for its SmartThings Labs, allowing developers to publish and sell connected-home apps directly to consumers.