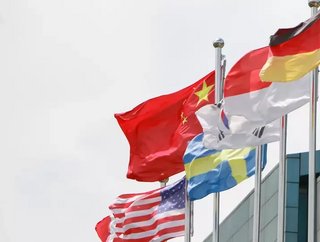 As the semiconductor shortage continues to place strains on the automotive and electronics manufacturing industry, Semiconductor Manufacturing International Corp’s  (SMIC) investment into a new chip plant, is a welcomed addition that is hoped to curb the current issues.

Following Foxconn and GloalFoundries in the expansion of their semiconductor production, China’s largest chipmaker has announced its investment plans to build a US$8.87bn semiconductor chip plant in Shanghai.

The new plant will expand the company’s capacity, and boost Bejing’s push to become independent in the sector.

What Does This Mean for Industries?

SMIC has agreed to build a production line with a monthly capacity of 100,000 12-Inch wafers. The plant will be in the Lingang Free Trade Zone (FTZ) in the Pudong district of China's business hub.

Backed by a joint venture with Lingang FTZ - majority-owned by SMIC - the company will focus on integrated circuit foundry and technology services on process modes for 28-nanometers and above.

Lingang FTZ plans to seek other investors in the firm with registered capital of US$5.5bn.

Over the Last Decade…

With SMIC partly backed by China’s state-affiliated chip fund, the Chinese government has poured billions into domestic chip companies, in order to boost their competitiveness with global rivals in Japan, Korea, and the United States (US).

Despite this being SMIC‘s third expansion plan in recent months - others include Shenzhen and Beijing - the company remains on the US blacklist following its national security concerns that SMIC has ties to China’s military.

Such measures have reportedly disrupted SMIC’s plans to advance into high-end chip making. However, the company has continued to perform well from a financial point of view as the chip shortage boosts demand.