Surviving the digital innovation deficit in the manufacturing sector 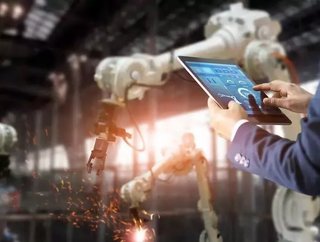 Manufacturers are facing an unenviable sea of challenges as they bid to realise the opportunities of Industry 4.0. The businesses achieving the greatest...

Manufacturers are facing an unenviable sea of challenges as they bid to realise the opportunities of Industry 4.0. The businesses achieving the greatest gains in productivity, growth and inventory control are those that are successfully leveraging data-driven insights, adopting digital platforms and developing enterprise and customer-facing apps that draw on that data to give them a competitive edge. However, a shortage of digital engineering skills, lengthy IT backlogs, and legacy technology act like an anchor dragging on the ship of progress.

Navigating these choppy waters requires an evolution in mindset and the adoption of tools that facilitate innovation without needing uncomfortable levels of investment risk.

The challenge of transformation is particularly acute for mid-sized manufacturers. Giant multinationals have vast resources to devote to innovation, and small youthful businesses haven’t yet acquired significant legacy technological complexity. Firms in the middle have the worst of both worlds and typically face four major barriers that combine to slow digital innovation:

1. Complex, slow-to-change ERP systems, especially those that have been overly customised. What was originally implemented years ago as the steady, reliable, integrated suite, now takes too long to adapt, and the resulting legacy gridlock slows innovation.

2. The scarcity of web and mobile development skills: according to the OutSystems State of Application Development report, 82% of manufacturing businesses suffer from a scarcity of application development talent. Hiring and retaining developers takes longer and costs more.

3. A collaboration shortfall between IT, engineering, and business staff: traditional IT development tools and practices come up short when the business needs fast, iterative, co-creative experiments. This, combined with long backlogs, can lead to business and engineering staff taking matters into their own hands, giving rise to poorly controlled shadow IT developments. While these might fill short term gaps, they can easily lead to support headaches, high costs, and security vulnerabilities, especially if IT is kept in the dark.

4. Risk-averse IT sourcing practices: when IT management has a lengthy backlog, it’s inevitable that they safeguard their precious resources. In that climate, getting buy-in for risky experiments is hard. That appears to be borne out in the OutSystems State of Application Development report, which found that manufacturers’ agile maturity lagged behind that of most other industry sectors.

These four factors create an environment that is overstretched, risk-averse, and slow to adopt new ways of working. Recent research we conducted found that 64% of manufacturing businesses complain about IT backlogs, and only 31% of these respondents said that the backlog had improved in the past year.

As a result, important innovation efforts, digital transformation programs, and Industry 4.0 initiatives risk getting snarled-up in lengthening IT queues. Such delays pose the risk that more nimble competitors will overtake you. Moreover, slow delivery can mean that new digital propositions are obsolete by the time they reach market.

What’s needed is a shift in mindset away from the tried and tested continuous improvement practices of the past. Digital innovation sits on the other end of the certainty spectrum compared to Six Sigma DMAIC (Define, Measure, Analyze, Improve, and Control). After all, there’s not much to measure and analyze if you’re really innovating, as opposed to improving a process that already exists.

Manufacturers, many with decades or even centuries of history, are now being challenged to act like start-ups and adopt an agile approach that follows the “fail fast, fail forward” maxim. For an industry that’s grown accustomed to lengthy and costly ERP implementations, where even minor changes seem to take forever, and cost a fortune, the idea of experimental IT that’s fun, fast and low-risk must seem fanciful.

With respect to the four challenges of digital innovation mentioned before, the contrast of low-code rapid application development is that:

Fast ROI makes risk-averse leadership teams more willing to embrace a culture of experimentation. Often, we see low-code used in conjunction with an innovation lab-- a safe place where engineers and IT can experiment with new technologies, where the appetite for risk is so much higher, thanks to the high speed and low-cost paradigm of low-code software development.

A frequent criticism of manufacturing software systems of the past is the lock-in and cost associated with large ERP systems that need extensive configuration and consulting, to adapt to the specific needs of an individual company. Low-code development, on the other hand, means that instead of buying and endlessly customising an industry package, it becomes feasible for businesses to either custom build, or extend, existing systems, with less reliance on lengthy ERP customizations. The result is quicker, and cheaper to change as requirements evolve, which gives manufacturers more control of their destiny.

A case in point was that of an imaging hardware manufacturer that had scoped an 18-month project to customise and integrate CRM capabilities into its manufacturing execution system. Fortunately, before starting the project, the company did a four-day proof-of-concept with OutSystems. During those four days, using just one resource, they built 50% of the functionality required, and it opened their eyes to the fact that these lengthy customisation and migration projects can become a thing of the past.

Looking to the future – bringing AI to bear

Adding AI into the mix can help manufacturers to innovate and build new apps even faster. OutSystems new application development, AI co-pilot, suggests next-best-steps to developers based on a deep learning analysis of over 12 million anonymised development patterns.

Results from the early-access-program include 25% faster development for experienced developers, and new OutSystems developers become proficient more quickly, thanks to the interactive AI assistance.

Developments like this are yet another way that manufacturers can de-risk technology investment and counter the digital innovation deficit to become faster, more agile and more open to new approaches that will deliver the competitive edge essential to survival in today’s commercial environment.