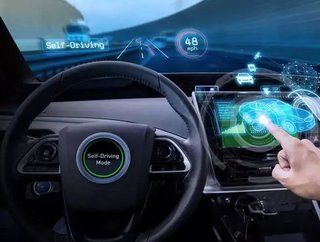 The automotive giants, Toyota, and multinational conglomerate company, SoftBank, have announced they will collaborate to create a car service that focus...

The automotive giants, Toyota, and multinational conglomerate company, SoftBank, have announced they will collaborate to create a car service that focuses on self-driving technology, Reuters reports.

The joint venture is aimed at reducing the number of people who drive their own vehicles and is the latest move by an automotive company in the competitive race to produce autonomous vehicles.

Junichi Miyakawa, chief technology officer at SoftBank who will become the CEO of the new company, said: “SoftBank alone and automakers alone can’t do everything. We want to work to help people with limited access to transportation.”

It is anticipated that the deal will see SoftBank own over half of the business with the venture set to begin at 2bn yen ($17.5mn) in capital.

The business is expected to be called MONET, (standing for mobility network) with potential car services such as meal deliveries and hospital shuttle busses considered.

“We realised that Softbank shares the same vision when it comes to the future of cars, so it’s time that we partner together.”

Following Wednesday’s (3 October) news that Honda is set to invest $2.75bn and hold a 5.7% stake in General Motors’ Cruise self-driving vehicle unit, Toyota and SoftBank’s announcement becomes the latest automotive manufacturers in a number of deals and discussions with the future autonomous technology in mind.