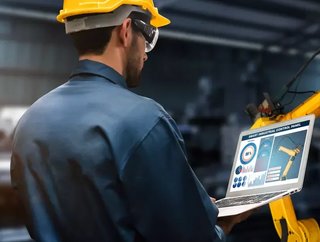 If Natan Linder, CEO at Tulip, has his way, digital transformation might take place from the factory floor

Natan Linder has a good head on his shoulders. After seven years spent working to equip factory workers with the same level of tools as office managers, his company, Tulip Interfaces, has raised a total of US$153mn with a recent US$30mn round of funding. The company is valued at close to US$1bn. But despite his success, Natan isn’t in it for the money. He wants to disrupt what he sees as a sector troubled by ancient systems—manufacturing.

What Does Tulip Do?

With Tulip, factory workers have access to an app library with about 100 customisable templates. From optimising workflow to tracking production metrics like efficiency and cost, workers can use technology to solve the problems they face on a day-to-day basis. The startup has helped track 140mn+ previously unmonitored tasks and intends to use its new funding to expand in Boston, Munich, and Budapest. In early 2022, it may even open up a hub in APAC.

In addition, Tulip can help manufacturers address highly specific or niche processes. In one example, it helped Nautique gain visibility into its complex, 400-worker production of expensive, customised motorboats. Traditional automation and software companies don’t have the same focus, Linder argues, and they often overlook specialised factories. And with this, as with many aspects of manufacturing, he has a strong opinion: ‘Selling software that doesn’t understand the machine shop is wrong’.

What Does It Mean for Manufacturing?

Digital transformation has always been seen as something that takes place from the C-suite. But Tulip flips this mindset on its head. In The Rise of the Citizen Developer, it asks: ‘What does it mean to democratise technology? And how do you build tech stacks that help manufacturers completely rethink their digital strategy?’ After all, low- to no-code solutions are now widely available—which means that workers don’t need a high level of coding competency to build the solutions they need.

And according to Amy Feldman from Forbes, Linder is all in. ‘I’m at the point where I’m not doing this for incremental money’, he says. ‘I’m not going to have a bigger idea than this’. After all, Tulip’s no-code solutions could redefine who gets a say in tech transformation. About 20% of the global workforce are frontline operators that are fundamentally deskless and working directly on the shop floors. But why should this count them out? Says Tulip: ‘These frontline workers require just as much dynamic data as any other knowledge workers. They need access to the right tools. And they need the data to stay competitive’.