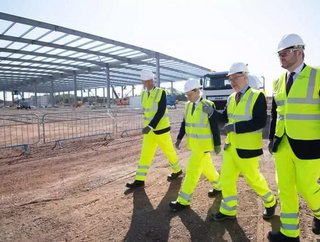 The UK Battery Industrialisation Centre (UKBIC) in Coventry, has received an £18mn grant from the West Midlands Combined Authority (WMCA) to attract fu...

The £126mn battery facility will have the latest technology needed by top-tier automotive manufacturers and research and development companies, key for growing industrial battery manufacturing capability in the UK.

A consortium comprising Coventry City Council, Coventry and Warwickshire Local Enterprise Partnership and the Warwick Manufacturing Group were awarded £80m by the Government towards the UK BIC in November 2017, before then Business Secretary Greg Clark announced a £28m boost in May 2019 as his department launched the first Local Industrial Strategy in the West Midlands.

Andy Street, the Mayor of the West Midlands, said: “UKBIC aims to put the West Midlands at the forefront of global battery research, as the automotive market moves away from polluting fuels like petrol and diesel and towards a greener, cleaner future using battery technology.

“This investment by the WMCA will help ensure UKBIC features the very best, cutting-edge manufacturing technology, which in turn will attract automotive manufacturers and leading research scientists to the region to scale-up ground-breaking technology.

“Here in the West Midlands we are building a cutting-edge electric vehicle cluster including UKBIC and JLR’s Castle Bromwich plant where the new all electric XJ will be built.

“This cluster is helping to position our region as the global leader in autonomous vehicles, however in order to take the next step we have to build a gigafactory. This factory would mass produce the state-of-the-art batteries that UKBIC will scale up, and I would implore the Government to continue to back our plans.”

The 18,000 metre-square facility, which is due for completion in March 2020, will initially employ an estimated 100 people once fully operational. Additional jobs will also be generated in the supply chain, and further employment and training opportunities will be created in the future.