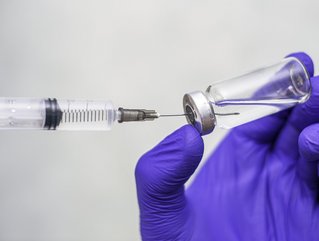 In time for World Hepatitis Day 2022, the hepatitis E vaccine, Hecolin, was manufactured by Innovax Biotech for use in a mass vaccination campaign

Led by Médicins Sans Frontières (MSF) and South Sudan’s Ministry of Health, the hepatitis E vaccination campaign responded to a recent outbreak in a camp for displaced people in South Sudan’s Unity State capital, Bentiu. The vaccine was manufactured in China by Innovax Biotech.

Hepatitis E (HEV) is a virus that affects animals and humans. It is most commonly transmitted through contaminated food and water, in areas with poor sanitation.

The hepatitis threat and manufacturing the vaccine

MSF states that Hepatitis E causes 20m infections and 44,000 deaths every year. Most infected people only experience a mild disease, with an overall fatality rate of 1% according to the Centers for Disease Control and Prevention. However, this can rise drastically to anywhere between 10-30% for pregnant women and children.

First manufactured by Innovax back in 2012, the HEV vaccine Helocin has primarily been used to vaccinate travellers in China. Despite the World Health Organisation (WHO) recommending the vaccine’s distribution as an emergency response to outbreaks in 2015, the South Sudan campaign is the first time the vaccine has been put into action.

Dr Monical Rull, MSF Medical Director, says: “With the experience of this vaccination campaign, we hope to change the way we tackle hepatitis E in the future.”

WHO has since encouraged all countries experiencing hepatitis E outbreaks to use mass vaccination as a way of giving communities the best chance of fighting the disease. In African countries, this also demands an increase in vaccination manufacturing capacity – an issue which pharmaceutical companies, such as BioNTech and Moderna, have promised to tackle by expanding into Africa.

“We have reached the next milestone with the construction start of the first African mRNA manufacturing facility based on our BioNTainers,” said Professor Ugur Sahin, CEO and Co-founder of BioNTech. “This factory will be the first in an African network to provide sustainable production capacity for mRNA pharmaceuticals. The goal we pursue together with governments and regulatory authorities is to produce vaccines for Africa here with highly skilled professionals from Africa.”