[VIDEO] How the world's first 3D printed car, the Strati, is made 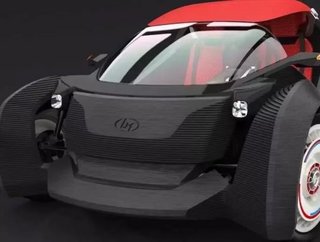 Local Motors, together with Cincinnati Incorporated, Oak Ridge National Laboratory and AMT &ndash; The Association For Manufacturing Technology, have un...

Called the Strati, the car was built in three phases during the International Manufacturing Technology Show, hosted in Chicago.

PHASE TWO: Known as subtractive manufacturing, included one day of milling on a machine provided by Thermwood.

PHASE THREE: Rapid assembly, in which a team led by Local Motors put the finishing touches on the world’s first 3D-printed car. Then, the key was turned and the vehicle set off on its maiden voyage, marking an important moment in history.

“At Local Motors, we are changing the way people move,” said John B. Rogers, Jr., CEO and co-founder of Local Motors. “Using 3D printing, we have reimagined how cars are created using modern manufacturing techniques. The results are astounding. We have reduced the amount of car parts from 25,000 to less than 50, proving that we can take a car from designed to driven in less than six months. That is the game changer in the automotive world.”

A team of industry experts came together to build the Strati, including SABIC Innovative Plastics, who provided the carbon reinforced ABS Plastic used to 3D print some of the first iterations of the car. Renault donated the powertrain from the Twizy. Siemens provided the Solid Edge software for the structural design elements and Fifteen52 built custom wheels to match the design.

Solid Edge was integral in preparing the Strati for 3D printing. The mechanical component parts for the Strati were leveraged from the Renault Twizy. As the design files were not initially integrated with the design of the 3D printed portion of the car, virtually all of the components had to be to fit onto the new “chassis.”

Alex Fiechter, Head of Innovation at Local Motors, explained how Solid Edge provided the answer, “by enabling us to easily import and modify the component parts to design our own intermediate structures that would reliably mount to the ABS/Carbon material extruded by the 3D printer.”

To watch the entire manufacturing process, click on the video link above and see a time-lapse of the Strati’s production.