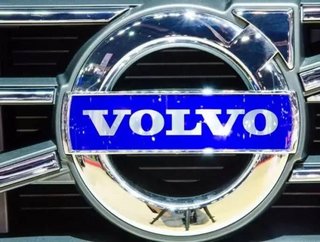 If reports are to be believed, Volvo is working on a range of &lsquo;self-filling vehicles, which means drivers would never have to fill up at a petrol...

If reports are to be believed, Volvo is working on a range of ‘self-filling’ vehicles, which means drivers would never have to fill up at a petrol station again.

When the cars tank is close to empty, it would send an alert via smartphone to a mobile fuel supplier, who would come and top it up. The fuel supplier would have a one-off secure code to open the fuel cap, meaning the owner can avoid petrol stations and be doing their shopping when their car is being refueled.

Volvo never officially talks about innovations and simply said ‘maybe’ when asked about the latest refueling rumor. However, the Swedish firm’s head of technology, Klas Bendrik, said, “The widespread use of smartphones is unlocking new potential in what you can do connecting a car with a customer.

“The Internet of Things has hit the automotive industry and the widespread use of smartphones is unlocking new potential in what you can do connecting a car with a customer.”

Bendrik said Volvo had already tested a system where drivers can choose to have a parcel delivered by a courier firm to their car rather than to their homes. It would be particularly useful at workplaces that do not allow employees to receive personal deliveries, he said.

Some Volvo vehicles already allow their drivers to activate deicers remotely from the comfort of their home and sound their horn and flash their lights to help owners locate them in car parks.

Volvo has also announced that it is working on a project, which will allow vehicles to communicate with one another. The technology would work as a sensor where drivers could be warned if two connected cars were driving towards each other around a blind bend, for example.

Volvo chief executive Håkan Samuelsson also confirmed that Volvo is working on a project to develop self-driving cars, joining the likes of Mercedes-Benz, Tesla and Google. “It would be a bit like an airplane. So for complicated maneuvers like takeoff and landing the driver would be in control. But for long, boring passages you could have automation and sit back, relax, read emails, and regain 30 minutes of your life you could use to spend with your family.”