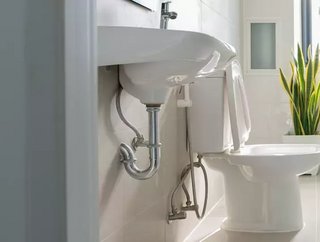 As the South African government urges more organisations to conserve water, reduce carbon emissions and promote hygiene, UK designer and manufacturer of the world’s lowest-water-flush toilet, Propelair, is on board to help.

Propelair uses an air-powered flush that requires only 1.5 litres of water per flush, as opposed to the typical current volumes of up to nine litres in standard toilets.

Propelair has entered into a distribution agreement with Amalooloo, a South African provider of high-quality, sustainable sanitation solutions, which will supply Propelair toilets throughout the country. A lack of adequate toilets can cause devastating diseases, such as:

After the past two years, governments around the world are keen to press on with health campaigns to avoid another pandemic.

Propelair’s air-powered flush uses about 84% less water and is so efficient, that all waste is removed in a single flush – taking away up to 99.9% of germs from inside the pan, with no flowback of previous users’ germs.

The toilet also prevents more germs being sprayed into the air when flushing, eliminating up to 95% of airborne germs, while standard toilets can reach up to 80%.

The system has been well received in South Africa and is used there by Nedbank, Burger King, Siemens and several shopping malls.

The South African Government also aims to achieve carbon neutrality by 2050. Organisations can reduce their carbon footprint by using less water, by an average 81% per toilet with Propelair, which uses up to 80% less energy for water and waste processing.

“South Africa is moving gradually back to normality and through our partnership with Amalooloo, we’re helping organisations build a sustainable, hygienic future for their customers, employees and others, while saving money and conserving precious water”, said David Hollander, CEO of Propelair.

“As a company committed to improving the quality of life in South Africa and in communities around the world – we’re delighted to team up with Propelair to deliver their excellent technology”, said Lumar Fourie, Director of Amalooloo.