What to expect from the latest MacBook Pro 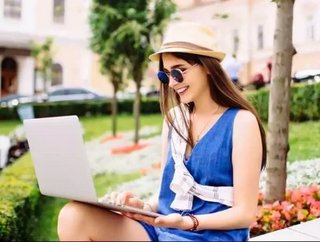 Having not updated the MacBook Pro since May last year, Apple hasa great deal to prove this time around. The technology giant has finally released de...

Having not updated the MacBook Pro since May last year, Apple has a great deal to prove this time around.

The technology giant has finally released details of the latest model – not entirely a surprise to fans due to a leak – which includes a smaller, lighter frame and greater intuition.

Due to the long gap in releases, Apple sold 10 percent fewer laptops between September 2015 and September 2016 than the previous year, although this can partially be blamed on the decreasing popularity of PCs versus tablets.

According to the BBC, Roberta Cozza, Analyst at Gartner, said: “The lack of updates was part of the problem, but it’s also the case that the competition has got a lot stronger. Over the past year we’ve seen more interest from both business customers and consumers in Windows 10 computers, which have benefited from both the new operating system as well as better designs and better pricing from their manufacturer.

“For some time, Apple’s main focus has been the iPhone – which accounts for much of its revenue, and making the iPad a better productive tool. But there are still many users who want PC-grade performance, and they needed this Mac refresh.”

One of the most innovative features is the Touch Bar above the keyboard, allowing the selection of bookmarks and emojis, sliders for the adjustment of photos, and a predictive text function similar to that available on an iPhone. It allows a desirable mix of touchscreen and non-touchscreen technology, but it does seem a relatively minor update considering the length of time between models. Ports have also been altered meaning that many users will require adapters, but the headphone jack – notoriously absent from the iPhone 7 – is intact.