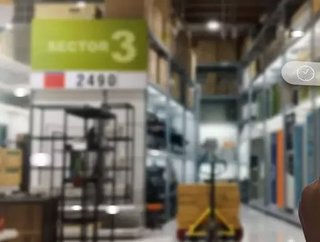 The IoT or Internet of Things is a term used to describe the network of physical objects, embedded with sensors and other technologies, which are connected via the internet with the intention of sharing real-time data and information.

What is an Internet of Things device?

Almost any object can be turned into an IoT device, as long as it has the capability of being connected to the internet to either communicate data or be controlled.

An example of this can be as simple as a lightbulb, such as the smart-lighting options available from Philips Hue. These lightbulbs are able to be connected to a home’s wifi using a bridge device, which then allows for customers to change their light settings via their phone.

Other examples of smart objects that are part of the IoT include thermostats, motion sensors, driverless vehicles or even children’s toys. On a larger scale, there could be small IoT components within a larger engine which is how the data is transmitted to a central hub, informing the controllers that it is operating correctly. One step above is the inclusion of various sensors and components that are building “smart cities”.

The history of IoT

Sensors and intelligence within objects were first introduced in the 1980s and can be seen in the example of the internet-connected Coke vending machine. The simple display was used to tell members of the Carnegie Mellon University whether the machine contained any bottles, and what temperature they were, to prevent unfruitful trips to the machine.

This early example was not sustainable on a mass scale until RFID tags were widely used. RFID, or radio-frequency identification, is a small tag which includes a radio receiver and transmitter. When triggered by a reader, the tag will emit digital data, which is usually a tracking number.

By combining these tags and their connected devices with automated systems, it is possible to gather information to help someone with a particular task or learn from a process.

What is the Industrial Internet of Things?

The Industrial Internet of Things or IIoT is sometimes referred to as Industry 4.0 is the use of IoT technology in a business setting. The marriage of new tech with business processes. It works in a similar way to a consumer IoT setting, but rather than being used in the home, IoT devices are used alongside AI and machine learning to measure and optimise processes.

What does this mean for Manufacturing?

With the use of IoT, manufacturers can gain valuable insights from the live production line that will allow for proactive measures to be taken rather than retrospective maintenance. IoT can also be used to ensure increased accuracy and efficiency during output which would have the potential to reduce costs and improve performance over time. 8.

With a bigger perspective, over an entire supply chain, the implementation of IoT would be more accurate readings on material levels, higher control on the management of production and even the opportunity for new revenue for businesses, with additional sales from predictive maintenance further down the line.

Common uses for IIoT in manufacturing:

IoT ties into Industry 4.0 and means that manufacturers are able to get real-time data about their products and production line. With a network of billions of devices, it is only a short while before IoT is commonplace in all commercialised manufacturing