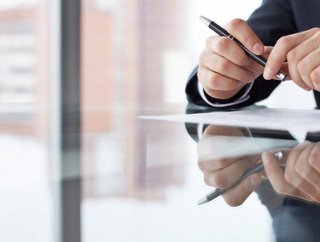 Gou founded the world’s largest electronics manufacturing company in 1974 and has been at the helm ever since and now has a net worth of more than US$5 billion.

As well as heading up Japanese automaker, Nissan, Carlos Ghosn is also CEO of European manufacturer, Renault, meaning that the French-Lebanese-Brazilian oversees one in every ten cars sold around the world.

His nickname of ‘Mr. Fix It’ stems from the salvage operation in the early 90s to bring Nissan back from the brink of bankruptcy.

As President of electronics and engineering conglomerate, Hitachi, Hiroaki Nakanishi has been with the company for more than 40 years, working his way up the ranks through his senior regional roles in Europe and America.

Since becoming president in 2010 he has overseen a dramatic restructuring of the company through the Smart Transformation Project.

Despite recent struggles in turning around Hewlett Packard’s PC fortunes, Meg Whitman is one of the US’ leading business personalities while also being named one of the most likely candidates to be the country’s first female president.

Her CV includes roles at The Walt Disney Company, DreamWorks, Procter & Gamble, Hasbro and, most notably, her 10-year role as CEO of eBay.

After 37 years at Boeing as an engineer and eventually Executive Vice President, Alan Mulally ditched the wings for wheels when appointed as the man to pull Ford Motor Company from the recession mire in 2006.

Since then it has been ‘mission accomplished’ for Mulally who returned the business to profitability despite the flailing industry around him.

As well as being the Chairman and CEO of conglomerate, General Electric, Jeffrey Immelt has become somewhat of a trailblazer in bringing stability to the US economy.

Appointed by President Obama as Chairman of the Economic Recovery Advisory Board, his presence has been seen by many as an attempt to make the Whitehouse more active in enhancing domestic business.

As well as being Daimler AG’s Chairman, Dieter Zetsche is also the man behind Mercedes-Benz turnaround in recent years, living up to his reputation as a proactive leader.

In his seven year tenure as CEO he has also overseen the demerger of Daimler and Chrysler, but has been with the company in some capacity since 1976.

As the third son of Samsung founder, Lee Byung-chull, Lee Kun-hee is among one of the world’s richest families and, in his role as Chairman, oversees Samsung Electronics, one of the planet’s biggest IT companies.

His business prowess has also breached the world of sport where he has been instrumental in bringing the 2018 Winter Olympics to Pyeongchang in South Korea.

Another leading CEO with the reputation of keeping a company moving forward through the tide of the global recession, Martin Winterkorn has held his role at Volkswagen AG since 2007.

This title complemented the Chairman role he already occupied on the Board of Management at Audi AG, a Volkswagen subsidiary, since 2002.

As the name suggests, Akio Toyoda is the latest in a long family line of Toyoda’s at the top of the Toyota organisation.

Officially joining the company in 1984, it was another 16 years until he joined the board of directors, and another nine after that before he was announced as the new President of the business in 2009.

The 57-year-old has not only had to ensure that the world’s largest and leanest automaker stayed on top, but has also had to do so through the global recession and 2011’s natural disaster in Japan.

Overcoming the effects of the tsunami played a large part in him being named Autocar’s Man of the Year a year later as he continues to maintain the positive reputation of a family which has sat in the upper echelons of the business since 1937. 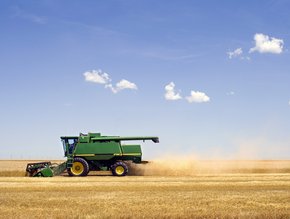