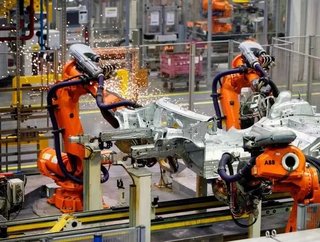 Manufacturers have called for "simple changes" to Boris Johnson's Brexit deal, voicing concerns about the future of "frictionless trade" with Europe, re...

Stephen Phipson, chief executive of manufacturers' organisation Make UK, welcomed the deal as "an alternative to a disastrous no-deal exit".

He said the deal presented by the prime minister and agreed to by the EU yesterday "could make a great difference to British industry" but added that he would "welcome simple changes which would ensure it delivered for the manufacturing backbone of Britain".

Mr Phipson said there were still "many unanswered questions" about the future relationship between the UK and EU.

He said: "Firstly, the new transition period is short, and the failsafe of an emergency temporary customs union has gone.

"Our future trade deal with the EU may take years to negotiate, concluding long after the transition period ends. This risks moving onto WTO trading terms in just 14 months, bringing crippling tariffs, complex customs procedures and friction at the border.

"Secondly, changes won't come in one wave. A short transition and a longer term timeframe for agreeing a future trade deal mean adopting incremental changes over a drawn out period, adding greatly to the red-tape burden.

"Thirdly, we are concerned to see that commitments to the closest possible trading relationship in goods have gone. Differences in regulation between the UK and the EU will add cost and bureaucracy and our companies will face a lack of clarity inhibiting investment and planning.

"Finally, we remain uncertain about how we find skilled labour to fill jobs where British workers are in very short supply, critical for our sector. We're also concerned about whether our future trading relationships will ever embrace the frictionless trade arrangements which have led to a renaissance in British manufacturing."

How to mitigate risk in manufacturing with the Brexit clock ticking

Phipson’s words came a day after business leaders cautiously welcomed news of the deal between the UK and the EU, which must still be approved by parliament on Saturday.

National chairman of the Federation of Small Businesses Mike Cherry said many small businesses would be "relieved" that there was a "credible pathway towards securing a deal that avoids a chaotic no-deal".

But he added that "the devil will be in the detail" and small businesses needed the government to "get back to business and focus on meeting the many domestic challenges that have fallen behind Brexit".

Carolyn Fairbairn, director-general of the Confederation of British Industry, said that, despite the deal's good points, businesses have "serious concerns" about the direction of the future relationship between the UK and EU.

She added that the deal was "inadequate" on the important services sector, which makes up 80% of the UK economy.