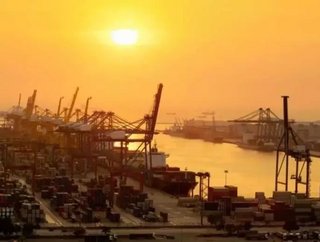 The share of services in total UK exports is expected to hit parity with goods from 2026 - up from 44% in 2016 - marking the tipping point when British...

The share of services in total UK exports is expected to hit parity with goods from 2026 - up from 44% in 2016 - marking the tipping point when British exports will largely become service-led, according to the Barclays Trade Index. This milestone will be reached due to continued positive growth in service exports, which will grow in aggregate more rapidly than goods exports.

Despite this shift, goods exports will remain a critical part of the UK’s trading economy, with healthy growth of 46% forecast for the next decade, taking the total value of UK goods exports in 2026 to £445bn compared to £305bn today.

Mike Rigby, Head of Manufacturing, Transport and Logistics at Barclays, said: “Within the goods sector, the transport industry is expected to set the pace in terms of growth over the next decade, largely driven by strong performances in the automotive and aerospace sub-sectors which we expect to continue to show solid production and export trends. Significant investment in technology and innovation in both industries provides a strong foundation for future growth.

"As well as the growing importance of the UK as a global services hub, the traditional UK stronghold on goods remains, particularly for industries producing higher-value, higher margin products.

“With the outlook for global growth, and UK trade, over the coming years not as clear as it has been for some time, as always there will be countries offering potential opportunities to UK exporters.  Transatlantic trade leads the way with the US set to remain our largest individual trade partner over the next ten years with countries in the EU another key export destination for UK companies. Yet, there will also be increasing opportunities for trade with markets such as India and Indonesia, both of which are large markets with strong growth prospects, alongside China, a trade destination which in our Index is forecast to jump to be the UK’s 6th largest export market in 2026, from 16th in 2006.”