Boeing signs deal with TAL to manufacturer beams for Dreamliners 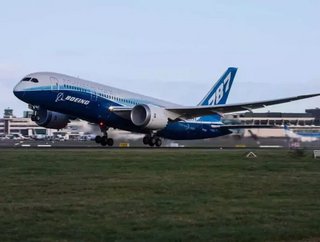 The US-based aircraft manufacturer, Boeing, has announced it partnership with TAL Manufacturing Solutions, a subsidiary of Indian-based Tata Group. The...

The US-based aircraft manufacturer, Boeing, has announced it partnership with TAL Manufacturing Solutions, a subsidiary of Indian-based Tata Group.

The manufacturing will take place in Boeing’s facility in Nagpur, India, the Economic Times reported.

“This new contract for ACF beams for the B 787-9 and 787-10 planes is a reaffirmation of our commitment to India,” commented Pratyush Kumar, President of Boeing India.

“Boeing has provided advanced technology to support this partnership, and closely worked with TAL.”

Boeing has been working with a variety of Tata Group subsidiaries on manufacturing projects for both commercial and military aircrafts.

Banmali Agrwala, the President of Infrastructure, Defence, ad Aerospace at Tata Sons, was reported stating the two firm’s collaborative efforts will work towards future synergies and generate opportunities in both manufacturing and innovation.

The two companies made their first deal together for floor beams in October 2001.

TAL has recently produced the 13,000th floor beam for 787 fuselage suppliers, created at its manufacturing facility in Nagpur.