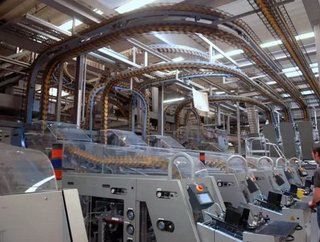 New manufacturing orders in Germany fell by 3.9% in January this year, dropping an additional 1.3% than expected. A Reuters economist poll predicted th...

New manufacturing orders in Germany fell by 3.9% in January this year, dropping an additional 1.3% than expected.

A Reuters economist poll predicted that the first month of this year would see a 1.6% reduction in industrial orders.

However, despite the fall, the sector noted an 8.2% growth in comparison to the same month last in the previous year.

Domestic orders fell by 2.8% on the month, whilst foreign dropped by 4.6%, the Financial Times claims.

“Given that industrial Germany was probably on vacation during the entire first week of January, today’s drop does not come as a surprise.”

December’s noted 3.8% gain in the sector has also been revised to 3.0%

Turnover in the manufacturing industry also fell by 0.2% between December and January.

“Despite the decline in January, the overall trend in industrial orders is pointing upwards,” the Germany’s Economy Ministry stated, as reported by Reuters.