Has China's manufacturing bubble burst? Economy at its weakest in 24 years 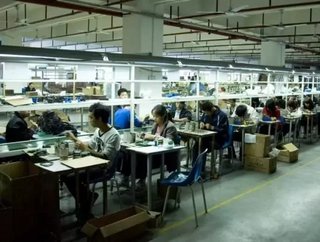 Activity across Chinas manufacturing sector contracted for the second consecutive month, according to a preliminary survey published on Friday.The HSBC...

Activity across China’s manufacturing sector contracted for the second consecutive month, according to a preliminary survey published on Friday.

The HSBC/Markit flash purchasing managers' index (PMI) was at 49.8 in January, up from 49.6 in December. However, the index was still below the 50-point level that separates growth from contraction in the sector.

The private survey said that firms cut prices for six months in a row to sell products, which had an impact on profit margins. Economists had expected factory activity growth to continue to stall, with a Reuter's poll forecasting a reading of 49.6.

News of the contraction comes just days after Chinese authorities said growth in the world's second largest economy had slowed to its weakest in 24 years. China's economy expanded 7.4 percent in 2014 from a year ago, missing its official growth target of 7.5 percent for the first time in 15 years.

The recent data has sparked fears of deflation in China where producer prices have fallen for nearly three consecutive years. Consequently, China's annual consumer inflation hit a near five-year low of 1.5 percent in December.

Calls have been growing for more easing in China and the country's central bank did surprise markets by unexpectedly cutting interest rates in November for the first time in over two years.

Meanwhile, Asian markets ignored the weak data with both the Shanghai Composite and Hang Seng index up 1.8 percent and 1.3 percent respectively.